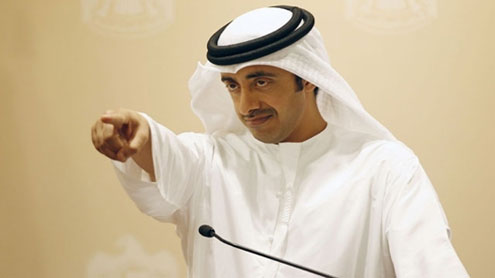 Iran will increase its naval presence in the Gulf to strengthen its authority over three islands which the United Arab Emirates says are its territory, Tehran said on Sunday.

The islands sit near oil shipping routes at the mouth of the strategic Strait of Hormuz and the challenge over their sovereignty is a constant threat to Iran’s fragile relations with its Arab neighbors.“The security of the Iranian islands in the Persian Gulf is part of the various strategies of the naval force of the Islamic Revolutionary Guard Corps,” IRGC Commander Mohammad Ali Jafari said, according to the website of state television IRIB.

Jafari was speaking at a ceremony inaugurating a fifth “naval defense zone” at the port of Bandar Lengeh. He said the IRGC was “increasing, expanding and improving the expert capability in naval defense” in the five zones.“The fifth zone of the Guards’ naval force is one of the naval defence chains which is in particular responsible for the defense of the Iranian islands in the Persian Gulf,” he said.

The 41-year-old dispute between Shiite Muslim Iran and the Sunni UAE over the islands – Greater and Lesser Tunb and Abu Musa – has nationalist and ethnic overtones and was inflamed when President Mahmoud Ahmadinejad visited Abu Musa in April.