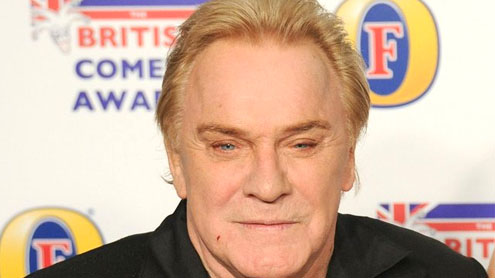 Entertainer Freddie Starr has been arrested in the police inquiry into sex abuse claims against Jimmy Savile.

Mr Starr was arrested in Warwickshire by Operation Yewtree officers on suspicion of sexual offences and bailed after a number of hours of questioning.He has denied claims he groped a girl of 14 while in a room with Savile.Meanwhile, an independent review into BBC Newsnight’s dropping of a programme about the allegations against Savile will report later this month.Operation Yewtree is a Scotland Yard criminal inquiry into sexual abuse claims.

The Metropolitan Police said officers arrested a man in his 60s, from Warwickshire, at 17:45 GMT in connection with the investigation.Police said the individual fell under the strand of the investigation termed “Savile and others”.Mr Starr was released on bail between 01:00 and 01:30 GMT on Friday. Scotland Yard has not said when he was bailed until.On Sunday, ex-pop star Gary Glitter was arrested and bailed after being questioned as part of the inquiry.

Glitter, 68, whose real name is Paul Gadd, was arrested at home and questioned at a London police station before being released on bail until mid-December.The independent review by ex-Sky News boss Nick Pollard will seek to establish whether there were any “failings” in the decision to drop the Newsnight investigation.The Pollard Review, will also look at the BBC’s handling of material which might have been of interest to the police, which will report to the BBC Executive Board.

There has been speculation that the programme was dropped because the BBC was already planning to run more favourable programmes in tribute to the former BBC presenter, who died in October 2011. The BBC has repeatedly denied such claims.BBC director general George Entwistle said he was launching the inquiry to shake off the “clouds of suspicion”.Outlining terms of reference on Thursday, a statement on behalf of the review said: “It will establish whether there were any failings in the BBC management of the Newsnight investigation relating to allegations of sexual abuse of children by Jimmy Savile, including the broadcast of tribute programmes on the BBC.

“This will encompass the BBC’s handling of material derived from the investigation that could have been of interest to the police or relevant authorities and whether any inappropriate managerial pressure or consideration may have influenced the decision of the editor of Newsnight.”It said the review will examine the editorial decision on the Newsnight investigation and a blog dated 2 October posted by the programme’s editor which was changed by the BBC on 22 October 2012.

In the original blog, Newsnight editor Peter Rippon explained the editorial reasons behind his decision to axe the report. He said it was “totally untrue” he had been ordered to do it by bosses as part of a BBC cover-up.In a correction to the blog, the BBC called it “inaccurate or incomplete in some respects”.Mr Rippon has stepped aside from his role for the duration of the inquiry.

The review’s statement said interviews with relevant people will be conducted with support of a barrister, and interviewees are allowed a lawyer.The review has asked BBC staff for documents and was electronically searching archived documents from relevant people.Participation in the review, which has already begun, is voluntary.Police believe Savile could have abused as many as 300 people over a 40-year-period. – BBC