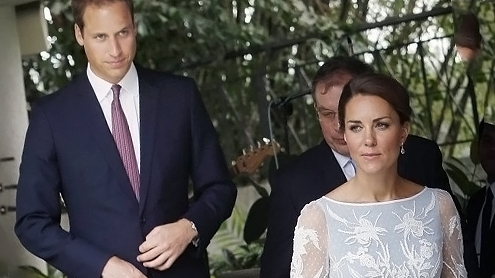 French judicial police are preparing to arrest a paparazzi linked to topless photographs of the Duchess of Cambridge, it emerged tonight.

It follows confirmation that the name of the photographer had been handed over to detectives investigating the alleged crime.

It took place in September at Chateau d’Autet, a holiday retreat in Provence owned by the Queen’s nephew, Viscount Linley.

Strained: The Royal couple looked strained as they left the British High Commission while on a visit shortly after the photos were published. Both Kate and William are said to be furious about the publication of the pictures

Prince William and Kate were said to be ‘devastated’ after hundreds of intimate snaps were taken, showing her exposing her breasts and bottom on swimming pool terrace – DailyMail