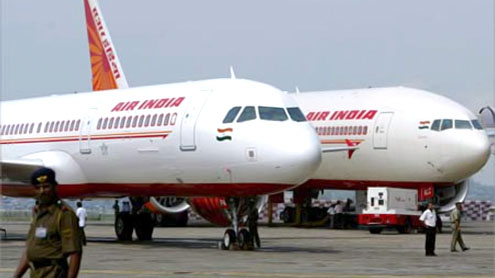 Indian expatriates from the state of Kerala have launched campaigns to protest against the recent episodes of alleged tussles between officials of Air India Express and passengers to the state from Gulf countries.

Online campaigns demanding a boycott of the airline and action against a woman pilot, who was at the centre of a hijack drama after sounding a false alarm against passengers protesting 15 hours’ delay and ill treatment on Friday, are gaining momentum across the GCC.The response from Malayalees, who form the largest Indian expatriate community, is vehement in the UAE since the passengers who were accused as hijackers by the pilot, had boarded the flight from Abu Dhabi to Kochi.

Several people have joined Facebook campaigns launched by individuals and debates on the topic are hotting up on social network sites. While the majority of respondents are against the airline’s mismanagement and ill-treatment of passengers, some also point out the misconduct of passengers while flying on the national carrier.Nevertheless, many welfare groups, socio-cultural associations and Malayalam media outlets including prominent television and radio channels have once again taken up the air travel woes of expatriates and voiced their protest and concern against what they call “harassment of passengers” to the Kerala sector by the staff of Air India.

Eight associations led by the Overseas Indian Cultural Congress (OICC) and Kerala Muslim Cultural Centre (KMCC) on Sunday evening formed an action committee to spearhead their protest campaign. “The committee has been tasked with drafting a memorandum to the prime minister and the civil aviation minister of India. We are going to demand that they ensure that such a callous incident doesn’t happen again,” said N. P. Ramachandran, general secretary, OICC, Dubai. – Khaleejnews

Raising worries about a repeat of the Friday episode and demanding proper treatment  of passengers by the airline’s staff in the future, a Dubai-based radio channel launched a Facebook campaign on Sunday. The channel drafted a memorandum demanding protection of NRIs against the misuse of anti-hijacking laws and urged its listeners to send it to the Indian Ambassador to the UAE. While people had the option to email the letter to the ambassador or fax a signed copy to his office, the fax number given on the channel’s Facebook page, which has more than 81,500 followers, was the telephone number initially.

“That line has been continuously ringing because of the high number of people trying to fax to that number. But, when we answer the call, only the fax tone is coming. Our correct fax number is 02-444685. Please publicise this,” an embassy staff member told Khaleej Times.

Shabu Kilithattil, head of news at the FM station, said the number was corrected on their Facbebook page immediately after it was noticed.Indian Ambassador M. K. Lokesh said the embassy will forward the petitions received to the Indian authorities concerned. “But, I need to first find out if the passengers are actually booked under the anti-hijack laws. As I was not in the office since yesterday, I need to go and find out what is happening there,” he added.