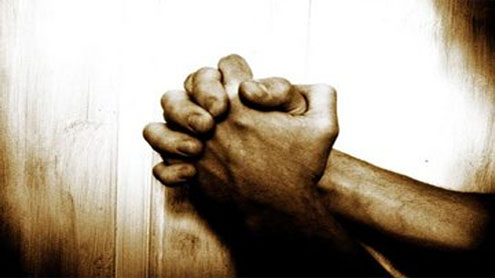 Of all the world’s major religious groups, Muslims are the least likely to have sex outside of marriage, new research found.

And as a country’s Muslim population grows, the rate of premarital sex declines for all residents, even non-Muslims, according to the study.Researchers analyzed the responses of over 620,000 people (ages 15-59) who were interviewed as part of the Demographic and Health Surveys in 31 mostly developing nations from 2000 to 2008. Most countries included in the sample had either a Muslim or Christian majority, except India and Nepal, which have Hindu majorities, and Cambodia which has a Buddhist majority. (The United States was not included in the study.)

They found that, overall, the odds of married Muslims reporting premarital sex are 53 percent lower than for Christians. Hindus are 40 percent less likely to report premarital sex, compared with Christians. Meanwhile, Jews and Buddhists have greater chances of having sex before getting hitched than Christians do, according to the study.

The researchers believe these results could be linked to Muslims’ greater adherence to strict religious tenants that only allow sex within marriage. As many Muslim leaders place heavy importance on fidelity in marriage, it might be no surprise that Muslims also are less likely than Hindus, Christians and Jews to report extramarital sex, as the study found.

What’s more, the religious values of a Muslim majority in a country seem to exert a big influence on the wider population’s sexual norms. A 1 percent increase in the percentage of Muslims in a nation caused a 2 percent decrease in the likelihood of premarital sex for all citizens, regardless of their religious identity, the study found. (The researchers note that an increase in the Muslim population in a country did not further reduce the odds of premarital sex among just Muslims.)

“All major world religions discourage sex outside of marriage, but they are not all equally effective in shaping behavior,” wrote the researchers, led by Amy Adamczyk, an associate professor of sociology at John Jay College of Criminal Justice in New York. Their study was published in the October issue of the American Sociological Review.

The team speculated that in Muslim-majority countries, strict laws on women’s mobility and interaction between the sexes might cut down the opportunities for sex outside marriage. But the researchers found no significant relationship between a country’s restrictions on women and the odds of premarital and extramarital sex, suggesting religion plays a greater role than those laws in policing sexual behavior.

The same was true for age. Muslims and Hindus are more likely to have an arranged marriage and to marry younger than Christians and Jews. Though the likelihood of premarital sex increased with age, the study found that age was not a significant factor in driving down rates of premarital sex for these religious groups.

The researchers considered that social pressure could have caused some respondents being interviewed in the Demographic and Health Surveys (funded by USAID) to lie. But the survey mandates that interviewers be the same gender as the respondent and try to conduct the questionnaire in private. The latter is not always possible and interviewers are instructed to note the presence of others. They are also told to flag inconsistent responses  (For example, if a respondent says she was a virgin at the time of marriage, but her reported age at first intercourse is younger than her age at marriage, that would get flagged.) – Yahoonews