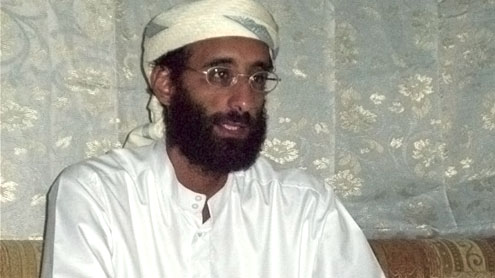 A Danish ex-biker and Muslim convert claimed he was paid $250,000 (£155,000) by the CIA in exchange for recruiting a European bride as part of an elaborate plot to kill Anwar al-Awlaki.

According to a lengthy report in Denmark, Morten Storm acted as matchmaker for Awlaki, the US-raised al-Qaeda spokesman, and a 32-year-old woman from Zagreb, Croatia, called Aminah, after the latter posted a message on a Facebook page dedicated to the terror leader.The story is being treated as plausible thanks to video recordings exchanged by Awlaki and his bride-to-be provided by Mr Storm to the Danish paper Jyllands-Posten, along with text messages, travel receipts and a photograph of a suitcase filled with dollar bills.

Regarded as one of al-Qaeda’s most effective propagandists, Yemen-based Awlaki was killed in a CIA drone strike in September last year after Washington accused him of involvement in numerous terror plots.Mr Storm claims that both the CIA and PET, the Danish intelligence service, were prepared to sacrifice the life of Muslim convert Aminah in pursuit of Awlaki. However the scheme to trap him through his new wife failed and she remains at large in Yemen, reportedly working on Inspire the English-language jihadist magazine her late husband founded.

Already married with two wives, in a 2009 proposal video Mr Storm says he delivered to Aminah, Awlaki was realistic about conditions his third wife would face, if not the risks.  “I will make a few things clear. Firstly, I don’t live in a fixed location, and therefore my living conditions are varied. Sometimes I live in a tent,” he admitted.”If you can live in these difficult conditions, and do not mind solitude and restrictions in your communication with the outside world, it is excellent.”Responding in her own recording, Aminah said: “I feel nervous, this is very awkward for me. I just taped this so you can see how I look.”

Text messages from her to Mr Storm provided to Jyllands-Posten said: “I am ready to die for the sake of Allah”.Mr Storm claims the CIA gave him a tracking device which was planted in Aminah’s suitcase before she travelled to Yemen.However after attending a language course for a few weeks in the capital Sana’a, she was instructed by a suspicious Awlaki to leave all her belongings there before travelling to meet him, and the scheme failed.

In earlier interviews, Mr Storm claimed to have supplied information to the CIA which led directly to Awlaki’s death, though he admits the intelligence services dispute that. He went public about his double agent role because he was not rewarded for that fatal assistance.Aged 36 with a criminal record, Mr Storm formerly lived in Luton, where he enlisted at an Islamic centre and attempted to radicalise members of the community. He has reportedly gone into hiding after receiving death threats from old radical contacts.Neither the CIA, MI6 nor the Danish intelligence agency PET has publicly commented on Mr Storm’s account. – Telegraph