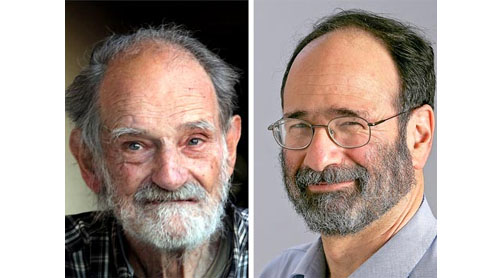 Speed daters would be surprised to learn concept based on work by two academics awarded Nobel prize for economics.

How to find a mate is one of the oldest problems in the world and one of many modern answers is to go on a speed dating evening. But most speed daters would be surprised to learn that the concept was based on academic work by an economist and a mathematician who have been honoured for their pioneering work with the Nobel prize for economics.

Fifty years ago, Lloyd Shapley became the godfather of modern matchmaking when he wrote a paper in which he sought to answer the question of how individuals in a group of people could be paired up when all had different views on who might be their best partner.His work was later developed by Alvin Roth, who found other practical uses for the approach, including matching kidney donors with patients, and to make sure that students were allocated one of the schools of their choice.

The American academics will share the $1.2m annual prize awarded by the Royal Swedish Academy of Sciences and were hailed for their work on ensuring economic agents found the right match in a market where price was not the deciding factor.Roth, 60, is a professor at Harvard Business School, but currently is a visiting professor at Stanford University. Shapley, 89, is a professor emeritus at University of California Los Angeles.Shapley is the son of renowned astronomer Harlow Shapley, whose work early in the 20th century included helping estimate the true size of the Milky Way galaxy.

“Now, I’m ahead of my father,” Shapley said. “He got other prizes … But he did not get a Nobel prize.”But the man who helped to develop game theory in the 1950s and 1960s added on hearing about the prize: “I consider myself a mathematician and the award is for economics. I never, never in my life took a course in economics.”Roth, 60, used Shapley’s work for a series of empirical studies that led to the redesign of institutions, including founding the New England Programme for Kidney Exchange in 2005. The work is said by other economists to have saved lives. Roth said it would take time to absorb the news having been woken by a call from Stockholm at 3.30am and he was planning to lecture as usual.

“But I imagine that they’ll be listening with renewed interest,” he said. “I think this will make market design more visible to economists and people who can benefit from market design.”The economics prize, officially called the Sveriges Riksbank prize in economic sciences in memory of Alfred Nobel, was established in 1968. It was not part of the original group of awards set out in the dynamite tycoon’s 1895 will. The committee responsible said the prize was “for an outstanding example of economic engineering”.

Shapley was part of a four-man team that invented the board game So Long Sucker in 1950. The four-person bargaining contest involves the players making commitments they cannot keep and which have to be reneged upon in order for the game to be won. – Guardian