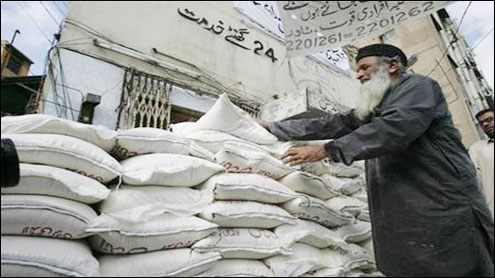 The committee received 231 nominations this year, including 43 organizations. It usually narrows the list to between 25 and 35 names at its first meeting, said Geir Lundestad, the committee’s executive secretary.

By April, the list is narrowed again, usually to between five and seven names. A decision is made about two weeks before the announcement.The winner will receive 8 million Swedish crowns ($1.21 million), 2 million less than last year, as the economic downturn has taken a toll on Alfred Nobel’s estate.Other names in vogue include Gene Sharp, a retired American professor of political science known for his work on non-violent struggle, and the Afghan doctor and politician Sima Samar, an advocate of women’s rights in the Muslim world.

The Irish bookmaker Paddy Power has Sharp as its favorite, followed by Samar.The year’s most notable advance towards peace has been Myanmar’s gradual democratization but the committee has already honored opposition leader Aung San Suu Kyi, and the government is unlikely to be recognized merely for being less totalitarian, experts said.

“If they wanted to do something really different, they would look at South Sudan and a fairly exemplary peace process there,” said Iver Neumann, professor of international relations at the London School of Economics.”But the Nobel Peace Prize Committee is never adventurous, I think they’ll find somebody like themselves, a mainstream politician who clinched some type of deal.” – Thenews