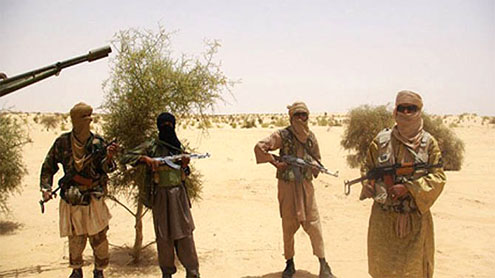 WASHINGTON: Al Qaeda’s presence in Libya is growing every day, the former commander of a special security team in Tripoli told US lawmakers Wednesday at a hearing into a militant attack on a US mission.

The al Qaeda “presence grows every day. They are certainly more established than we are,” Lieutenant Colonel Andrew Wood, who headed up a 16-strong site security team in Tripoli.He was addressing a hearing of the House Oversight and Government Reform committee into the September 11 attack on the US consulate in Benghazi, amid allegations of security failures by the US administration.The US administration has now said that the attack, in which four people died, is believed to have been carried out by elements linked to al Qaeda.

Initially US officials said the assault was triggered by a protest against an anti-Islam film.Earlier this year, President Barack Obama told Americans the goal of defeating the al Qaeda network was within reach, more than a decade after the September 11 attacks.

Speaking in a presidential address direct to American audiences during a surprise visit to Afghanistan, Obama said: “The goal that I set to defeat al Qaeda and deny it a chance to rebuild is now within our reach.”But there has been growing concern that al Qaeda is capitalizing on the chaos and upheaval in Arab and Middle East nations caused by the Arab Spring, by seeking to move into tumultuous areas.A US official has said that they are investigating whether al Qaeda in the Islamic Maghreb may have been behind the Benghazi attack. – Dawn