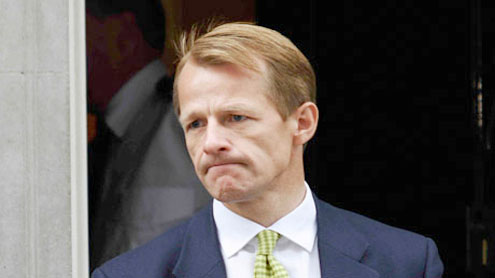 David Cameron  is to embark on a major reshuffle of his government at all ranks, from cabinet members to lowly junior ministers, in an attempt to rejuvenate the coalition as it struggles to kickstart the economy.

As MPs prepared to return to parliament on Monday for two weeks before the party conferences start, the prime minister was finalising plans for a much wider than expected reshuffle to put in place the main ministers for the second half of the parliament in the runup to the general election.Cameron is expected to embark on his first big reshuffle, possibly tomorrow, to allow voters to digest a series of policy announcements over the weekend that were designed to show the government was redoubling its efforts to promote economic growth.

In a sign of how the Tories are prepared to rethink strategy, as the economy struggles to break out of a double-dip recession, George Osborne announced that he now supported an extra runway in the south-east of England, possibly at Heathrow .”We need more runway capacity in the south-east of England,” the chancellor told the Andrew Marr Show on BBC1.

The Tories have agreed with the Liberal Democrats to set up a commission to try to broker a cross-party agreement on a new runway that would be built after the next election. This is designed to ensure coalition unity – and unity within the Conservative party for the moment – and to give the Tories the option of going into the next election with a pledge to build a third runway at Heathrow.

As David Cameron declared in a Mail on Sunday article that the government had more to do to make Britain more competitive, Osborne announced the government would:

• Guarantee £40bn in infrastructure projects and £10bn in housing developments. A bill on this will be rushed out in the next few days with a view to it entering the statute books next month.

• Create a small business bank to beef up lending to small enterprises.

• Speed up planning with a new economic development bill – including raising the possibility of building on green belt land.

In his BBC interview, Osborne brushed off questions about the reshuffle. “You can ask David Cameron about the reshuffle,” the chancellor said. “I’m absolutely clear that the economic team in the government, which starts with the first lord of the Treasury, [the prime minister], is totally focused over the coming months on getting the economy moving.”

But Osborne is one of a handful of people intimately involved in the changes. All the main figures in the cabinet – Osborne, William Hague and Theresa May – are expected to remain in their posts. The prime minister is said to be resisting pressure from some Tories to do a job swap between Osborne, the most unpopular member of the government, and Hague, who is more popular.

But there will be other departures at all levels. Kenneth Clarke, 72, has been fighting hard against plans to demote him from his post as justice secretary to replace Sir George Young as leader of the House of Commons. Clarke has been a continuous presence on the Conservative government frontbench since 1972.Cheryl Gillan, 60, the Welsh secretary who is strongly opposed to the high-speed rail link that is due to pass through her Chesham and Amersham constituency, is expected to return to the backbenches. Maria Miller, the minister for the disabled, Chris Grayling, the employment minister, and Grant Shapps, the housing minister, are all being tipped for promotion.

The former Liberal Democrat chief secretary to the treasury David Laws will return to the government. Nick Clegg told the Guardian last week that he would like Laws to advise him on economic policy and on early intervention for toddlers in an attempt to prevent social problems and disadvantage later in people’s lives. It had been thought that Laws would work alongside Oliver Letwin in the Cabinet Office policy “engine room”.This is now looking less likely because it would mean creating an extra Lib Dem ministerial post.Laws could instead become a minister in the education department and have an informal role across government.

Government sources are indicating the shakeup, which is expected to focus mainly on the Tory side of the government, will be more than “tinkering”. One government source said: “David has deliberately waited until pretty much the midway point of the parliament before embarking on this reshuffle because he wanted ministers to bed down. But now it is time to make changes.

“The reshuffle will be much more wide ranging than people think. This is not so much about putting the election fighting team in place. It is more about putting in place the strongest government for the second half of this parliament.”The prime minister wants to embark on the reshuffle in the first week of the two week-long pre-conference parliamentary session, which begins on Monday. But he is understood to want to wait until Tuesday to ensure voters focus on the growth announcements outlined by Osborne.

A new bill, to be published this week with the aim of turning it into law by next month, will allow the government to use Britain’s low borrowing rates to guarantee the £40bn in infrastructure projects and £10bn for underwriting housing projects.This is designed to answer Labour calls for increased borrowing to boost demand on the grounds that the government’s tough deficit reduction plan has created low borrowing costs which, in turn, allow the government to increase the amount it can use to underwrite projects.

Infrastructure projects will take longer to implement. But the £10bn in housing guarantees could be implemented quickly, providing much needed housing and helping to boost demand.The small business bank is designed to complement other government initiatives such as the enterprise finance guarantee. But ministers hope that it will improve lending to small and medium sized enterprises in the way that the Small Business Administration does in the US and the KFW Bank does in Germany.

The new economic development bill is designed to speed up planning. “We need to cut through the thicket of red tape,” one source said.In a nod to traditionalists, who fear that the green belt will be covered in concrete, the government will not revisit its National Planning Policy. Existing powers will be used to allow developments on “brownfield sites” in the green belt in return for designating countryside outside the green belt. – Guardian

Obama: Romney has no timetable to end Afghan war