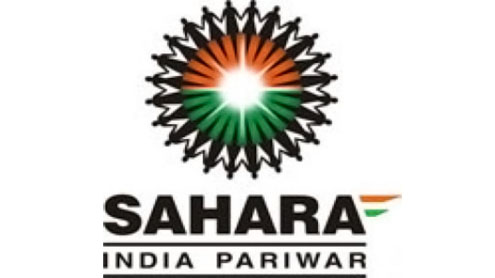 &lt;a href=”http://timesofpakistan.pk/wp-content/uploads/2012/09/Sahara.jpg”&gt;&lt;img class=”size-full wp-image-62514″ title=”Sahara” src=”http://timesofpakistan.pk/wp-content/uploads/2012/09/Sahara.jpg” alt=”Sahara” width=”495″ height=”278″ /&gt;&lt;/a&gt; Sahara
&lt;p style=”text-align: justify;”&gt;&lt;strong&gt;NEW DELHI: In the biggest ever financial blow dealt to a corporate group, the Supreme Court on Friday asked two Sahara companies to refund within three months Rs 24,029 crore it had collected between 2008 and 2011 from over 2.96 crore investors, flouting mandatory regulatory provisions and the Companies Act. The court also asked Sahara to pay 15% interest on the amount.&lt;/strong&gt;&lt;/p&gt;
&lt;p style=”text-align: justify;”&gt;A bench of Justices S Radhakrishnan and J S Khehar held that Securities and Exchange Board of India (Sebi) was right in faulting Sahara India Real Estate Corporation Ltd (SIRECL) and Sahara Housing Investment Corporation Ltd (SHICL) for the manner in which they raised huge funds bypassing statutory requirements.&lt;/p&gt;
SIRECL had floated Optionally Fully Convertible Debentures (OFCDs) as an open-ended scheme and collected over Rs 19,400 crore from April 25, 2008 to April 13, 2011 from 2.21 crore investors. The company had a total collection of Rs 17,656 crore as on August 31, 2011 after meeting the demand for premature redemption. SHICL collected another Rs 6,380 crore by issuing similar OFCDs from other investors.The court expressed suspicion that many of the OFCD subscribers could be fictitious and directed Sahara to furnish all documents about its investors to Sebi within 10 days. It allowed the regulator to engage investigators to probe the genuineness of investors and the claim that certain refunds were made.

The suspicion was highlighted by Justice Khehar, who while agreeing with Justice Radhakrishnan, said, “It is essential to express that there may be no real subscribers for the OFCDs issued by SIRECL or SHICL. Or alternatively, there may be inter-mix of real and fictitious subscribers.”If Sebi finds the refund documents to be fake, then it would be taken that the Sahara firms had not refunded money, the bench said. “Sebi (whole-time member) shall have the liberty to engage investigating officers, experts in finance and accounts and other supporting staff to carry out directions and the expenses for the same will be borne by Sahara and be paid to Sebi,” it said.

The court asked Sebi to deposit Rs 24,029 crore with 15% interest given by the Sahara firms in a nationalized bank till identification of investors for refund, a process which it said would be supervised by former Supreme Court judge B N Agarwal.The amount, which could not be refunded due to non-identification of investors, would accrue to the government, it said. Simple interest at 15% per annum for Rs 24,029 crore works out to Rs 3,604 crore for a year.

The court noted that the red herring prospectus issued by the companies had claimed that funds raised would be utilized for financing acquisition of townships, apartments, shopping complexes etc and construction activities would be undertaken by the company in major cities of the country and also to finance other commercial activities/projects.The prospectus also said the company intended to carry out infrastructural activities and the amount collected from the issue would be utilized to finance the completion of projects, namely, establishing/constructing bridges, modernizing or setting up airports, rail system or any other projects which might be allotted to the company in future.

The prospectus also highlighted the intention of the company to engage in the business of power generation and transmission and that the proceeds of the issue or debentures would be utilized for power projects which would be allotted to the company.Both Sebi and the ministry of corporate affairs had taken strong objection to the manner in which the funds were raised without following statutory requirements and had issued notices seeking explanation from the two Sahara companies.

Instead of responding to the critical issues relating to transparency and accountability raised by the market regulator and the ministry, the companies were evasive and repeatedly questioned the jurisdiction of the authorities to ask questions on the OFCDs issued by them.Justice Radhakrishnan said, “Sebi, in the facts and circumstances of the case, has rightly claimed jurisdiction over the OFCDs issued by Saharas. Saharas have no right to collect… without complying with any regulatory provisions contained in the Companies Act, Sebi Act, rules and regulations already discussed.”

In a separate but concurrent judgment, Justice Khehar said, “There can, therefore, be no hesitation in accepting that on all three perspectives raised at the behest of Sebi to demonstrate that there was a pre-planned attempt at the hands of SIRECL and SHICL, to bypass the regulatory and administrative authority of the Sebi, does seem to be real. One can only hope, it is not so. But having so concluded, it is essential to express that there may be no real subscribers for the OFCDs issued by SIRECL or SHICL. Or alternatively, there may be an inter-mix of real and fictitious subscribers.” – TOI

<div style=”display: none”>getting back with an exwhat to say to get my ex back <a href=”http://www.bngclub.org/”>We Just Spoke After Breaking Up What Next</a> how to get girlfriend back that broke up with uhow to get your ex boyfriend back</div>