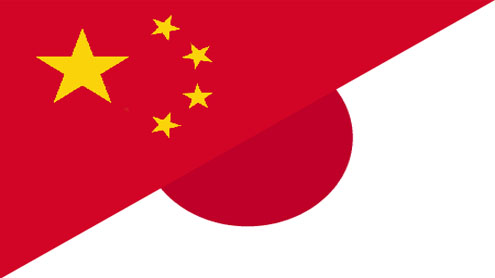 Japan’s foreign minister Tuesday said it was time to address relations with China which have soured over a territorial dispute as an incident targeting the Japanese ambassador added to tensions.

Monday’s incident in which the national flag was ripped off a car carrying the Japanese ambassador in Beijing came amid widespread anti-Japan demonstrations over a disputed East China Sea island chain known in China as Diaoyu and in Japan as Senkaku.Describing the incident as “very regrettable”, Foreign Minister Koichiro Gemba said he would send an envoy to deliver a letter to Chinese President Hu Jintao.He declined to elaborate on the contents, but said it was a good opportunity to address ties that have soured over the island dispute.

“I believe that we must exchange opinions now on the situation of Japan-China relations, on the situation of the region as a whole, including the Korean peninsula, as well as the global situation,” Gemba said.Chief Cabinet Secretary Osamu Fujimura, the government’s top spokesman, hinted at the wider diplomatic issues at play, saying the letter to Hu was about “developing stable Japan-China relations based on a broad view”. Betmaster India.

Despite their large and mutually important trade relationship, ties between Tokyo and Beijing are often blighted by historical animosities, especially war-time atrocities carried out by the invading Japanese army.Japan’s Finance Minister Jun Azumi, who last week hinted Japan may freeze its plan to buy South Korean government bonds amid a separate diplomatic tussle with Seoul, added: “I hope that (China) will avoid inviting a situation that would worsen” relations.

Ambassador Uichiro Niwa was not hurt in the Beijing incident and there was no other damage to his diplomatic vehicle, according to the Japanese embassy.Senior Vice Foreign Minister Tsuyoshi Yamaguchi was expected to leave for Beijing later on Tuesday to deliver the letter from Japanese Prime Minister Yoshihiko Noda to Hu.The United States, a close ally of Japan, reacted to the flag incident by saying on Monday that it was “concerned” more broadly about relations between Japan and China, Asia’s two largest economies.

Tensions between the neighbours flared earlier this month after pro-Beijing activists landed on one of the disputed islands, which are controlled by Japan.They were arrested by Japanese authorities and deported.About a dozen nationalists raised Japanese flags on the island days later.Thousands of Chinese citizens in more than 20 cities have protested over the last two weeks. Japanese businesses, restaurants and cars were targeted in some cities.

Japan was also embroiled in a territorial dispute with South Korea amid tense relations over issues tied to Japan’s 1910-1945 occupation of the Korean peninsula.Some analysts have voiced concern that the flare-up between northeast Asian allies has set back broader interests in the region, where concerns remain high over North Korea and China’s rising clout. – Yahoonews

Mexico: 2 CIA agents wounded in shooting go to US

Mexico: 2 CIA agents wounded in shooting go to US