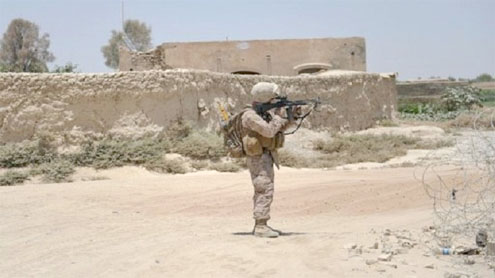 WASHINGTON: Three US Marines have been sanctioned for urinating on the corpses of Taliban fighters in Afghanistan and then posing for pictures alongside their bodies, the Quantico-based unit said on Monday.

“Three Marines received non-judicial punishment today for violations of the Uniform Code of Military Justice for their role in the desecration and filming of deceased Taliban that became public in January 2012,” said a statement.

“The troops were disciplined under an administrative procedure,” it said, without detailing the penalties given, but noting that action against other Marines involved in the incident would be announced at a later date.The actions depicted in the video took place during a counter-insurgency operation in the restive Musa Qala district of Helmand Province, Afghanistan on or about July 27, 2011, according to the military. – TOI