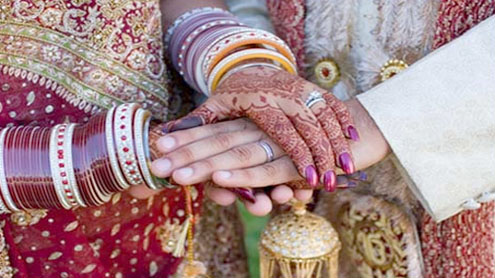 MUMBAI: The Supreme Court ended the agony of a couple who had sought a divorce by mutual consent and were separated for over a year in a marriage that was about a year-and-half old.

The court granted them their plea with two months of the legally laid down six-month cooling-off period yet to go.The judgment, though meant only for the particular couple in court, will provide hope for many others whose parting is mutual, amicable or at least civil with no signs of any marital ties.A bench of Justices Altamas Kabir and J Chelameswar observed, “There appears to be no marital ties between the parties at all.

” It is only the legal provision “which is keeping the formal ties of marriage between the parties subsisting in name only…”, it said and added, “The marriage is subsisting by a tenuous thread on account of the statutory cooling-off period, out of which four months have already expired.

When it has not been possible for the parties to live together and to discharge their marital obligations towards each other for more than one year, we see no reason to continue the agony of the parties for another two months.”The SC held that in a divorce by mutual consent, the court would be justified in using its constitutional powers under Article 142 “for doing complete justice” in certain cases. “In appropriate cases, invocation of such power would not be unjustified and may even prove to be necessary,” the bench said.

The judges made it clear, however, that they did not accept a proposition that in every case of dissolution of marriage under Section 13-B (divorce by mutual consent) of the Hindu Marriage Act the court has to exercise its powers under Article 142 of the Constitution. The article empowers the SC to pass orders in the interest of achieving justice when required.

The case before them, the judges found, was a fit case. The couple from Delhi were married in March 2011. Less than three months later, the husband filed a petition for nullifying the marriage. The couple said they had never lived together since their marriage and not cohabited since June 1, 2011 under one roof and never would. The wife was working in Canada. They agreed to mediation and that led to both deciding to jointly end the marriage. They had to file a fresh petition which they did on April 13 this year before a local court that decided divorce cases. The court fixed the next date six months later in October.

Aghast, they moved the SC seeking a swifter solution. They were already living separately for over a year as was legally required for filing a mutual consent petition they said. Besides four months of the six were also over now, they reasoned. The state opposed the petition, saying doing away with the six-months cooling-off time as requested by the couple “would lead to confusion in the minds of the public and would be against the public interest”. – TOI

Daraya massacre an ‘atrocity on a new scale’