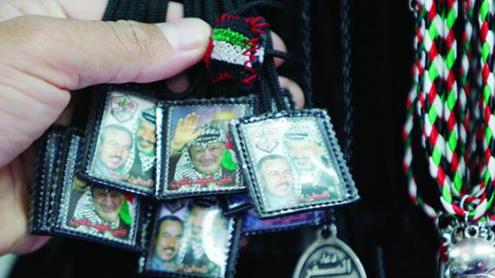 GENEVA: A Swiss radiation lab is awaiting a decision from Yasser Arafat’s widow on whether it should conduct tests on the remains of the former Palestinian president to see if he was poisoned, its spokesman said.

The possible probe, which has already been requested by the Palestinian President Mahmud Abbas, comes after a media investigation found elevated levels of the radioactive substance polonium on some of Arafat’s belongings, suggesting he could have been poisoned.  “We have shown our interest as long as the independence, credibility and transparency in our involvement is guaranteed,” said Darcy Christen, a spokesman for Lausanne University Hospital’s radiology lab, was quoted as saying in media report.

Arafat’s widow, Suha Arafat, and their daughter, on July 31 filed a lawsuit suit in France over the radioactive poisoning claims. They lodged the complaint for murder against persons unknown in France because Arafat died at a military hospital near Paris in 2004. Because a criminal complaint had been filed, Christen said the lab was waiting for Suha Arafat’s approval before it decided on its involvement. “We are expecting her to let us know her position on our possible involvement,” he said.

The lab is one of several specialists consulted by the Al-Jazeera news channel, which commissioned an analysis of Arafat’s personal effects, including clothing he wore in the days before he died age 75. Suha Arafat has already said she would seek an exhumation to allow specialists to take additional samples for testing, and the Palestinian leadership has said it would be willing to allow exhumation if Arafat’s family agreed. Polonium is a highly toxic radioactive substance, which was used to kill Russian former spy turned Kremlin critic Alexander Litvinenko, who died in 2006 after drinking tea laced with the substance in London.-Arabnews