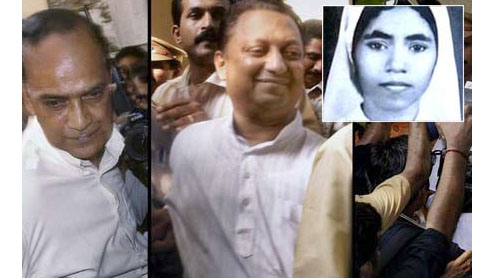 TRIVANDRUM: The Central Bureau of Investigation (CBI) revelation about the alleged illicit relation of former Kottayam Archbishop Mar Kuriakose Kunnaserry with a nun has evoked protests from the Knanya Catholic Church in Kerala.

The premier investigating agency made the allegation in its reply to discharge petitions filed by two priests and a nun, who have been chargesheeted in the sensational Sister Abhaya murder case, at the CBI court in the state capital.Terming the charge false and fabricated, the Archeparchy of Kottayam said they will file a defamation case against the investigating agency. Sabu Kurian, a spokesperson of the Archdiocese, said that the CBI charge was based on a baseless allegation made by former BCM college professor, Thresiamma.

He told the Khaleej Times that Thresiamma had been trying to tarnish the image of the Church ever since she lost a case related to her promotion in the church-run college. He said that the CBI was trying to drag the name of the bishop into the case after the accused challenged its findings.

Thresiamma had alleged that the Archbishop had an affair with a nun named Lucy, a fellow teacher at the BCM College, when she lived at Pius X Convent, where Sister Abhaya was found dead in 1992. She said that the college principal who resented the bishop’s ways was forced to take voluntary retirement. According to the CBI affidavit, Father Thomas Kottoor and Father Thomas Puthrukkayil, who have already been arrested by the agency in connection with the murder of Sister Abhaya, had also close relations with the sister. It said the two priests had helped the Archbishop to meet Sister Lucy, who was sharing the stellar room with Sister Sephy, the third accused in the case.

The two priests have been accused of murdering Sister Abhaya after she noticed their illicit relationship with Sister Sephy. Aleppey Medical College forensic surgeons Dr Rama and Dr Lalithambika Karunakaran, who conducted a virginity test on the nun, confirmed that Sephy had continuously engaged in sexual intercourse and she had a transplanted hymen. The stellar room, where Sephy and Lucy lived, had no access to outsiders after 10.30 in the night. Sister Abhaya, according to the CBI, had noticed the nun in a compromising position with the priests.

Sister Abhaya was found dead in the well of the convent on March 27, 1992. The local police and the Crime Branch closed it as a case of suicide. The CBI, which took over the investigation in 1993, found it was a murder.However, the agency sought to close down the case thrice saying that they could not find the actual culprits. The high court refused to accept the closure reports and asked the probe agency to further investigate. In the subsequent investigation, the CBI nailed the two priests and the nun and filed chargesheet in the case on July 17, 2009. – Khaleejnews