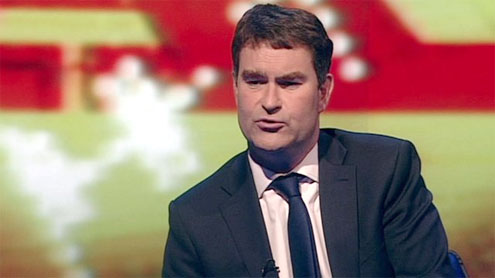 People who pay plumbers and cleaners cash in hand are doing nothing illegal or immoral, a cabinet minister insisted on Tuesday, as senior members of the Government were forced to admit engaging in the practice themselves.

On another day of embarrassment for the Treasury, David Gauke, the Exchequer Secretary, faced a growing backlash after he claimed that the practice was “morally wrong” and aided law breaking.David Cameron and other senior cabinet ministers including Nick Clegg and George Osborne admitted that they had paid traders cash in hand in the past. And an analysis of expenses claims by The Daily Telegraph showed that two other members of the government — Jeremy Hunt, the Culture Secretary and Sir George Young, Leader of the House of Commons — paid suppliers hundreds of pounds in cash, and claimed back the money from the taxpayer.

Cabinet ministers were challenged about their tax affairs after Mr Gauke told The Daily Telegraph it was “morally wrong” for home owners to negotiate discounts with plumbers and traders by paying them in cash. He suggested they were helping traders to break the law by allowing them to evade VAT or income tax.His comments reflected growing concern in Whitehall about the cash-in-hand economy, which costs Britain billions of pounds a year in lost tax revenues. There is no law against paying someone in cash, but tradesmen are under a legal obligation to disclose their earnings to HMRC and say whether they are liable for income tax or VAT. But Mr Gauke’s comments caused outrage and heaped pressure on him to withdraw them.

Asked if he had ever paid in cash for work, Vince Cable, the Liberal Democrat Business Secretary, told ITV News: “Of course. It’s perfectly legal and perfectly moral, providing you are not doing it with the objective of avoiding tax, and I certainly wouldn’t do that.”Spokesmen for the Prime Minister, Mr Osborne and Mr Clegg all said they had in the past paid cash to workmen and traders but insisted it was not done with the intention of avoiding tax.Boris Johnson, the Conservative Mayor of London, was also forthcoming about his method of paying tradesmen. He said: “I’ve certainly paid a lot of cash in hand”.

More than 15,000 readers took part in a survey on the Telegraph website, three quarters of whom said they did not see anything wrong with it. Just one in 10 agreed that it was “morally wrong”.Ros Altmann, head of over-50s group Saga, said the suggestion that paying for services in cash was wrong was “ridiculous”, and claimed most people were “honest, law-abiding citizens”. She added that while there was a “small minority” who wanted to evade tax “let’s not get carried away here and think that anyone who pays or receives in cash is somehow doing something wrong. I think that’s ridiculous.”

John Mann, a Labour MP, said: “The Government and Mr Gauke should stop attacking the British people. You can’t expect the British public to police the tax affairs of their neighbours and traders.”John Whiting, the head of tax policy at the Chartered Institute of Taxation, said that it would be helpful if Mr Gauke and the Treasury issued clear guidance on the morality of tax avoidance.

He said: “It is clearly helpful to make it clear when boundaries are overstepped – and that is back to the collusion [between trader and home owner].” The news came as parliamentary expenses files showed that at least two Cabinet ministers had avoided paying VAT on goods and services for their second homes by paying in cash.In June 2006 Mr Hunt paid cash to a near-neighbour to paint the front door and windows white at his taxpayer-funded second home. The MP for South West Surrey, now Culture Secretary, submitted an invoice for £310 for the renovations to the property in Farnham.

According to the receipt, which is visible on Parliament’s website, the method was “cash” while the “tax rate” section was left blank.The “painting, decorating and odd job specialist” who lived just a few doors away from Mr Hunt specified on his invoice that payments could have been made “in cash or by cheque”.In August 2007, Sir George Young paid cash to a plumber who fixed the bath tap and heating at his London residence.An invoice included on his expenses file shows that the MP for North West Hampshire, now Leader of the House of Commons, paid £60 to the property services company to “rewasher hot water tap to bath” and “adjust top immersion heater”.

Handwritten across the receipt are the words “paid by cash” while again the VAT section is left blank.A spokesman for Mr Hunt said: “Jeremy Hunt paid for this work in the appropriate manner and received a full receipt for the work.“Mr Hunt did not pay in cash to avoid tax.”An aide to Sir George Young said: “Of course Sir George has used cash, but certainly not on the basis of getting a discount or avoiding tax.”

On Tuesday night the Treasury issued a statement on behalf of Mr Gauke. It said: “The Tax Minister was clear that it is fine to pay in cash, but where that is done in order to artificially reduce a tax bill that is, of course, wrong.“While this is clearly not in the same league as multi-million pound tax dodges – and our priority remains to tackle large-scale aggressive avoidance by the richest in our society – the hidden economy does cost the Exchequer and it does mean other people have to pay more in tax to fund our public services. That is not fair.” –  Telegraph