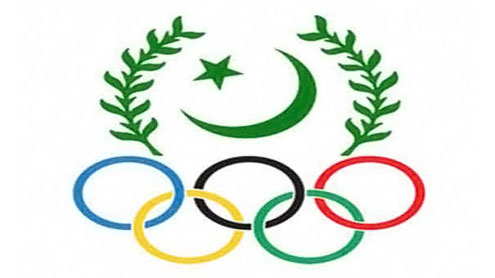 LAHORE: Pakistan’s sports officials have denied British tabloid The Sun’s claims to have uncovered a visa scam that could have allowed potential terrorists into the Olympic Village, saying that the allegations related to some travel agency and had nothing to do with the sports organsitaions of the country.

Pakistan’s Interior Minister Rehman Malik has said that the 12 people allegedly involved in the visa scam at the country’s passport registration authority, NADRA, have been suspended and an investigation has been launched into the allegations.The Sun had claimed that Dream Land travel agency and Lahore-based Abid Chodhry, a politician, were involved in the scam which could have allowed anyone to travel with the Pakistani contingent as support staff if they paid a certain amount of money.

The Sun secretly filmed Chodhary while he explained the entire process to the investigator and told him that he could also get him into the opening ceremony. The tabloid also claimed that its investigator obtained a Pakistani passport with a false name.All necessary documents, like passports, travel documents, a visa for two months and a letter from the Pakistan Sports Board claiming that the person was part of Pakistan’s Olympic support staff could all be arranged for around one million Pakistani rupees (7,000 pounds), the tabloid reported.

The British and Pakistani authorities were notified soon after the report was published. The authorities in both countries have initiated investigation into the allegations. Pakistan’s Olympic chef de mission Aqil Shah has dismissed Sun’s claims. “These are baseless reports,” Shah said. “This is an attempt to malign Pakistan. Even if someone gets a passport he cannot enter the Olympic Village without an Olympic accreditation card.”

Pakistan’s 39-strong delegation — minus Shah — is already in London and consists of 23 athletes and 16 officials. Shah justified the number of officials. “Hockey has at least six officials which are under the rules and then we have physicians and other coaches who are genuine members of Pakistan’s contingent,” said Shah. Pakistan Olympic Association chief Arif Hasan was already in London and discussing the matter with the Pakistan High Commission, said Shah. – PT