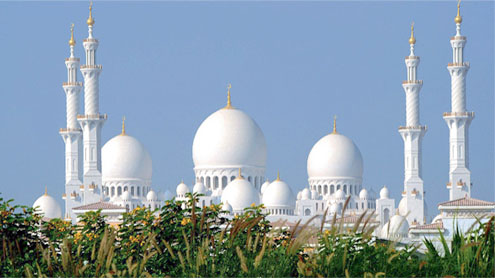 The Shaikh Zayed Grand Mosque Centre (SZGMC) will remain open for all visitors during Ramadan.

The only mosque in Abu Dhabi which is also open to non-Muslims, SZGMC announced that its visiting hours during the holy month are from 9am to 12 noon, Saturday to Thursday.Complimentary guided tours will commence at 10am and 11am.

The SZGMC has a team of professional guides who conduct walking tours during which visitors are provided with information about the mosque, its functions, its architecture and its interior design full of unique and rare items. Such tours are especially important during Ramadan, as they offer an opportunity to discover more about the significance and customs of this month.

Adding to its services for people of special needs or the elderly, the SZGMC has also launched the Club Car service, which is available throughout the year to shuttle people between the car parking and main entrances of the Grand Mosque. This is in addition to the wheelchair facility that is currently offered.For Muslims, the SZGMC keeps its visitor chambers free during praying times and, during Ramadan, it will also offer iftars. – Khaleejnews