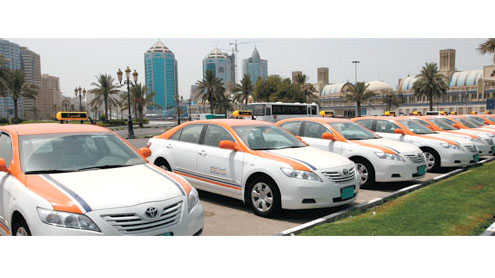 The Sharjah Transport, as of Monday, started paying a two-month annual bonus, totalling Dh5,085,000, to the 5,085 Emirati owners of old taxis.

According to a senior official of the Sharjah Transport, all the bonuses have already been transferred to the bank accounts of eligible old taxi owners or the bank accounts of their heirs.“The move shows how keen His Highness Dr Shaikh Sultan bin Mohammed Al Qasimi, Member of the Supreme Council and Ruler of Sharjah, is to support all segments of the society, particularly the low-income ones, enhance social solidarity, and look after their social affairs,” said Arhama Al Shamsi, Assistant Director-General of Sharjah Transport.

As per the set rules and regulations, the annual bonus is added to the monthly compensation paid to the owners.“The bonus is distributed to all owners who submitted the credentials required till December 2011,” he said, indicating that the Sharjah Transport paid a total of Dh16,200,000 to owners of old taxis in the first half of the year.

Since its establishment, the Sharjah Public Transport Corporation has endeavoured to replace the old vehicles gradually with new ones, and compensate the owners of old vehicles, who are UAE nationals, financially, if the case has met the specific conditions for compensation. – Khaleejnews

Cameron: austerity will last until 2020