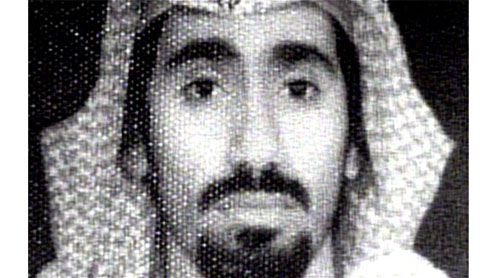 The United States is facing fresh embarrassment over its use of ‘black’ detention sites after the European Court of Human Rights ordered Poland to hand over secret documents about its role in the War on Terror.

Judges in Strasbourg have requested documents that contain details of how the CIA set up its “extraordinary rendition” centre outside Warsaw in 2002 where it subjected al-Qaeda suspects to water-boarding and other extreme interrogation techniques.A month ago, a Polish whistle-blower alleged that a document existed which allowed the setting up of the prison – including procedures to adopt in the event of an inmate’s death. It was said to have been signed by the head of Polish intelligence.

According to the leak, American officials “laughed” and refused to sign the document. “They considered us amateurs and explained that this kind of business could not be dealt with by means of formal agreements,” the Polish newspaper Gazeta Wyborcza reported.Polish officials have refused to confirm or deny the existence of the agreement, citing official secrets laws, as part of a four-year investigation into the jail.

However, in a decision hailed by civil rights lawyers, the court has asked the Polish government to confirm the existence of the agreement and “if that document exists … to supply a copy.” Both Poland and the US have fought to keep operational details of the camp secret. Under European law Poland has until Sept 5 to comply with the court’s request for information, a copy of which has been seen by this newspaper. The court demand was made after US civil rights lawyers filed a compensation claim at the court in Strasbourg on behalf of Abd al Rahim al Nashiri, the man accused of masterminding the October 2000 suicide bomb attack on the USS Cole that killed 17 American sailors.

Lawyers for al Nashiri, who was detained at the Polish prison for six months from December 2002 to June 2003, said the court order was a “significant step forward” in the ongoing battle to lift the veil of secrecy surrounding the CIA’s rendition programme. “It would be a significant step forward for relevant documents to be produced so that the truth can finally be aired,” said Amrit Singh, of the New York-based Open Society Justice Initiative which filed the case.

“Every single case brought by a rendition victim in the United States has been dismissed, until now no rendition victim has had their day in court. The US has never officially acknowledged any of its secret locations.”The US and Poland conducted this secret rendition and torture operation on European territory without any judicial review or oversight, and now a European court is showing that it takes these violations very seriously,” she added.

The European court’s demand for information is potentially deeply embarrassing for the US government as it puts al Nashiri on trial at a war crimes tribunal in Guantánamo Bay, which began hearing pre-trial motions on Tuesday.The court questions could also circumvent US government attempts to block requests by the al Nashiri defence team for the release of official documents relating to his detention in Poland and other sites in Morocco and Thailand.

Prosecution lawyers have urged the war crimes tribunal not to give up documents relating to the “arrest, detention and rendition” of al Nashiri, arguing they are “not material” to his defence and that the Guantánamo tribunal has no power to order foreign governments to hand them over.The CIA black site at the Stare Kijekuty army base 110 miles north of Warsaw has caused a major political scandal in Poland as details emerged about how al Nashiri was subjected to mock executions, kept hooded and naked and threatened with a power drill and the rape of his family members.

In evidence given to an earlier Guantánamo Bay hearing in 2007, al Nashiri said his physical torture was so severe that “before I was arrested I used to be able to run about 10km. Now, I cannot walk for more than 10 minutes”.The court has also demanded to know whether Poland knowingly allowed al Nashiri to be tortured and sent to a country – Morocco – that used the death penalty, which would be a serious breach of European law. – Telegraph