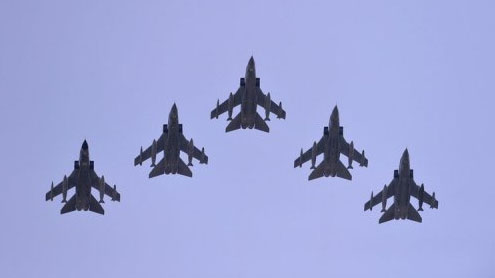 The search for two British airmen missing after two Tornado jets crashed in the North Sea was called off on Tuesday due to bad weather, but will resume early Wednesday, the defence ministry said.

Two people were taken to hospital by helicopter after the incident in the Moray Firth off northeast Scotland, but two more were unaccounted for after the pair of two-seater Tornado GR4 jets went down.”The circumstances remain uncertain but clearly this is a very serious incident,” Ian Gale, station commander of the Royal Air Force (RAF) base at Lossiemouth, northeast Scotland, said in a statement.

“This incident involved four aircrew — all personnel from this station — and the thoughts of everyone here are with the families and friends of those involved,” Gale added.”I can confirm that two individuals have been recovered and two remain unaccounted for. Rescue operations are continuing.” – Yahoonews