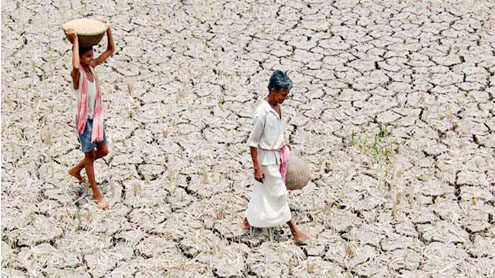 NEW DELHI: This summer has been the hottest in decades for the national capital. The average maximum temperature in Delhi this year for May-June has been 41.57 degree Celsius, the highest since at least 1980, for which firm data is available.

As many as 49 of the 61 days in this two-month period saw the mercury soar past 40 degree C, another record for the past 33 years. TOI analysed daily maximum temperature data since 1980 for Delhi’s main weather station, Safdarjung. The data was taken from the US government’s National Climatic Data Center (NCDC), which collates data from stations across the world.Because of gaps in data availability, the years 1992, 1994 and 2005 have been excluded from the analysis. However, even for these years, the limited available data suggests shows that average was lower than this year. For the remaining years, NCDC has data for at least 55 of the total 61 days.

The data shows that in the last 33 years this is only the ninth time that the average maximum temperature for May-June has been above the 40-degree mark. By this measure, 1995 witnessed the second hottest summer with the maximum averaging 41.25 degree C. For the remaining seven years, the maximum averaged between 40 and 40.97 degree C.Contrary to popular perception that there has been a general increase in summer temperatures in recent years, seven of the 13 years since 2000 have witnessed the mildest May and June in the past 33 years.

Even on this count, 2012 has been particularly bad. The number of 40-plus days this year has been the highest in these 33 years by a comfortable margin. In the ongoing summer, eight out of 10 days have seen the maximum cross this benchmark. While many have compared this summer to the one in 2010, that was the third hottest in the period since 1980 in terms of the average maximum. With 42 of the 60 days for which data is available registering 40-plus, it was the second most uncomfortable of the 33 years by that yardstick. The third worst year in this list is 1981 which had 40 such days.

NEW DELHI: Delhi’s excruciatingly hot and humid weather is set to give way to monsoon. Met officials have said pre-monsoon showers are expected in the capital and other regions of northwest India by Wednesday or Thursday. The three to four days of rain will also lower the temperature, which has been staying above 40 degrees for the past several days.

High levels of humidity on Sunday, coupled with high temperature, caused the power demand to touch a new high by settling at 5,454MW, the highest in Delhi. At 11.23pm on Sunday, power demand went up to 5,025MW, said discom sources. This is the first time that demand has crossed 5,000MW at night. This also led to outages in several areas. Sudha Chakrapani, a Dwarka resident, complained that power supply was being cut between 11pm and 5am for the past three days. “We have never seen the demand go up so much at night, when all commercial and government establishments are closed,” said a power sector source.

Monday’s maximum temperature went up to 41.8 degrees Celsius, six degrees above normal, while the minimum was 32.3 degrees, five degrees above normal. Humidity was between 37% and 67%. “Humidity levels have been high and are constantly rising due to influx of moisture from easterly winds. These winds, coming from the Bay of Bengal, are indicative of monsoon. We are expecting pre-monsoon showers over Delhi in the next couple of days,” said Dr RC Vashisth of the IMD. – TOI