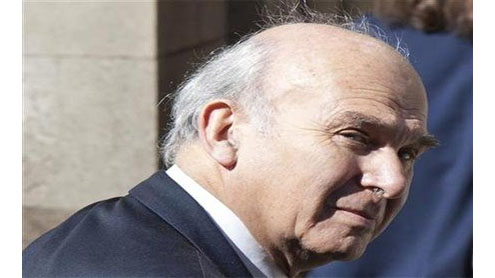 LONDON: The government is hoping to spark a 1930s-style house building boom, business minister Vince Cable said on Monday, as policymakers try to drag the economy out of a second recession in four years without abandoning their austerity plan.

Britain’s economy sank back into recession during the six months spanning the end of last year, piling pressure on the Conservative-led coalition government to soften its programme of spending cuts and tax hikes to improve the chances of recovery.Chancellor George Osborne has stuck to his guns, choosing a less-politically damaging path by exploiting an in-built flexibility in his deficit plan, urging the Bank of England to keep monetary policy loose and finding ways to boost finance by backstopping it with the government’s balance sheet.

An announcement is expected within weeks to encourage infrastructure investment from the private sector by using the government’s low borrowing costs to make finance cheaper.”The government is now looking at even more radical solutions in order to provide a platform for a 1930s style recovery,” Cable, an influential member of the Liberal Democrat junior coalition partners, said in a speech in London.”The public sector balance sheet has to be used to leverage in private capital, particularly in housing.”

After global recession in the early 1930s, Britain withdrew from the gold standard, ran a loose monetary policy while balancing its budget and underwent a house building boom that helped drive economic recovery and created thousands of jobs.Cable pointed to a surge in house building to 300,000 in 1934 from 130,000 in 1931, with the sector contributing almost a third of all new jobs in that period.Just under 110,000 new houses were completed in England last year, according to official statistics, and Britain’s economy shrank more than first thought in the first three months of 2012 after the deepest fall in construction in three years.

Government officials talk of freeing up planning regulations and exploiting areas on the “policy frontier” where there is still room to manoeuvre, without loosening fiscal policy, to engineer private sector investment in housing.”There are now some interesting ideas out there for government guarantees which could trigger a significant volume of housing investment, replicating the recovery model of the 1930s and leading hopefully to a virtuous circle of new building lending,” Cable said. – Yahoonews