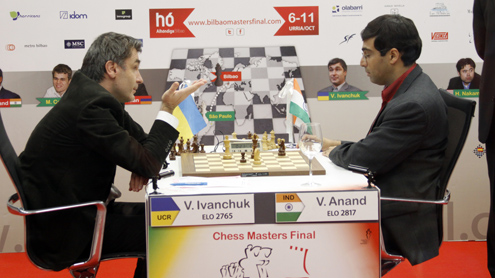 India heaped praise on its world chess champion Viswanathan Anand after he made the nation “proud” on Wednesday by beating Israeli challenger Boris Gelfand to retain his title.

Anand held on to his crown — and nerves — by seeing off Gelfand in a quick-fire shootout forced after their 12-game Moscow epic ended all square. Anand’s father Viswanathan Iyer called it the “proudest moment of our lives”. “He has beaten the best of the chess world. It’s a unique achievement,” Iyer said, according to the Times of India newspaper website. The chess star’s wife Aruna admitted that it was a “very tough match”. Commenting on the relationship between Anand and the 43-year-old Gelfand, The Times of India quoted her as saying: “They are good friends and (have been) rivals for a long time.”

Prime Minister Manmohan Singh congratulated the 42-year-old Indian chess titan, saying Anand’s clinching of his fifth World Championship title was a “monumental achievement”. “You are a great inspiration to the youth of our country, particularly the sports enthusiasts. You have made the nation proud of you with this monumental achievement,” Singh said. Ruling Congress party president Sonia Gandhi separately hailed Anand’s feat as “indeed stupendous”. The Tamil Nadu-born world chess champion lives in Spain with his wife Aruna and one-year-old son. Anand, who became an international chess master while still a teenager, started solving chess puzzles displayed on television as a six-year-old child.-khaleejtimes