2 small planes collide; one pilot and a passenger are killed, authorities say 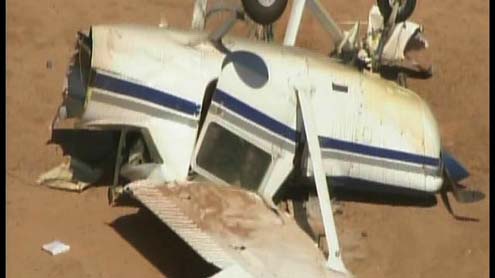 2 small planes collide; one pilot and a passenger are killed, authorities say

A pilot and passenger were killed as two small planes collided in the air above Fauquier County, Virginia, on Monday, the FAA and Virginia State Police told CNN.

The midair collision happened about five miles south of the Warrenton-Fauquier Airport around 4 p.m. “One plane has been destroyed by fire,” Virginia State Police spokeswoman Corinne Geller told CNN. “In that plane, which is believed to be a six-seater aircraft, two bodies have been recovered. State Police are in the process of identifying the pilot and passenger.”

The second plane’s pilot, an adult male, was transported to Mary Washington Hospital in Fredericksburg, according to state police. The two planes crashed to the ground approximately a mile apart from one another, state police said. Parts of the planes and debris were scattered between the two crash sites in a secluded and difficult to access area, state police said. As to what caused the crash some 50 miles from Washington, D.C., “that remains under investigation at this time” state police said. -CNN