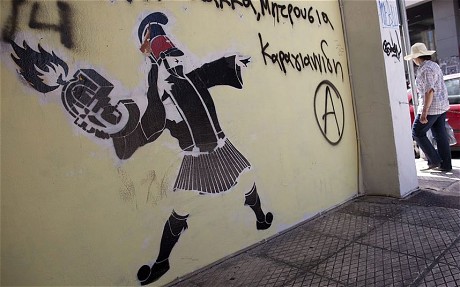 The chief executive of the multi-billion pound Lloyd’s of London has publicly admitted that the world’s leading insurance market is prepared for a collapse in the single currency and has reduced its exposure “as much as possible” to the crisis-ridden continent.

Richard Ward said the London market had put in place a contingency plan to switch euro underwriting to multi-currency settlement if Greece abandoned the euro. In an interview with The Sunday Telegraph he also revealed that Lloyd’s could have to take writedowns on its £58.9bn investment portfolio if the eurozone collapses.

Europe accounts for 18pc of Lloyd’s £23.5bn of gross written premiums, mostly in France, Germany, Spain and Italy. The market also has a fledgling operation in Poland. Lloyd’s move comes as a major Franco-German provider of credit insurance for eurozone trade, Euler Hermes, said it was considering reducing cover for trade with Greece because of the risk the country might leave the eurozone. When a company goes bust, it is often sparked by withdrawal of credit insurance for suppliers wanting to trade with it. -Telegraph