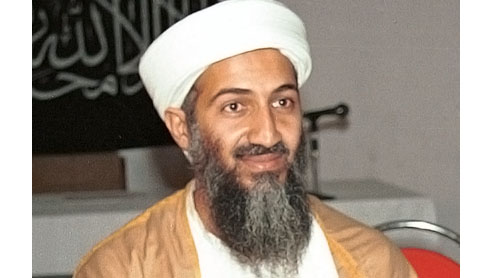 WASHINGTON: Amnesty International criticised the United States on Wednesday for its use of lethal force, particularly for the “unlawful” killing of Osama bin Laden in a clandestine US commando raid in Pakistan last May.

“The US administration made clear that the operation had been conducted under the USA’s theory of a global armed conflict between the USA and Al-Qaeda in which the USA does not recognize the applicability of international human rights law,” it said in its annual report. “In the absence of further clarification from the US authorities, the killing of Osama bin Laden would appear to have been unlawful,” it said.Amnesty said a request for clarification over an apparent US drone strike in Yemen last September that killed US-born radical cleric Anwar al-Awlaqi, his Al-Qaeda co-conspirator Samir Khan and at least two others had also gone unanswered. “These killings appeared to have amounted to extrajudicial executions,” the rights watchdog said.

Amnesty also hit out at human rights violations committed by former president George W Bush’s administration and condemned the “impunity” with which his officials operated.The global rights monitor also criticised Canada for failing to arrest Bush when he visited in October, “despite clear evidence that he was responsible for crimes under international law, including torture.” “There was no accountability for human rights violations committed under the administration of president George W Bush as part of the CIA’s program of secret detention and rendition,” Amnesty said, referring to the transfer of individuals from one country to another without access to legal process.

Attorney General Eric Holder in June 2011 launched a criminal investigation into the deaths of two detainees in CIA custody but dropped probes into the vast majority of alleged interrogation abuses. Amnesty regretted President Barack Obama’s failure to shut down Guantanamo, noting that at the end of 2011, nearly two years after his self-imposed closure deadline, “171 men were still held at the base, including four who had been convicted by military commission.” The number of detainees at the US detention centre in Cuba currently stands at 169.

The report lamented that five suspects accused of planning the September 11, 2001 attacks “had been held incommunicado for up to four years in secret US custody before being transferred to Guantanamo.”Amnesty also criticised conditions in American prisons, in particular the high number of hours some detainees were confined in isolated cells, and the execution of 43 men last year, all by lethal injection.“This brought to 1,277 the total number of executions carried out since the US Supreme Court lifted a moratorium on the death penalty in 1976,” the report said. – PT