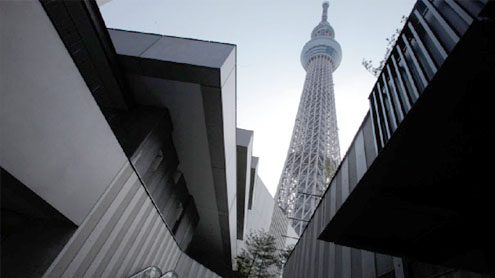 The world’s tallest tower and Tokyo’s biggest new landmark, the Tokyo Sky Tree, has opened to the public.

Nearly 8,000 visitors were expected to take high-speed elevators up to the observation decks of the 634-meter (2,080-foot) tower Tuesday to mark its opening.It is recognized by Guinness World Records as the tallest tower, beating out the Canton Tower in China, which is 600 meters (1,968 ½ feet). The world’s tallest structure is Dubai’s Burj Khalifa, which stands 828 meters (2,717 feet). That’s in a different category because it’s a skyscraper, not a tower.The Sky Tree will serve as a broadcast tower for television and radio, along with being a tourist attraction. -Khaleejnews