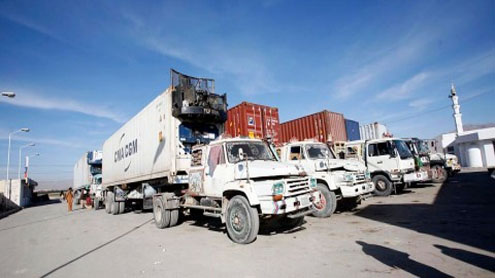 CHICAGO: NATO leaders sealed a landmark agreement on Monday to hand control of Afghanistan over to its own security forces by the middle of next year, putting the Western alliance on an “irreversible” path out of an unpopular, decade-long war.

A NATO summit in Chicago formally endorsed a US-backed strategy that calls for a gradual exit of foreign combat troops by the end of 2014 but left major questions unanswered about how to prevent a slide into chaos and a Taliban resurgence after the allies are gone. The two-day meeting of the 28-nation alliance marked a milestone in a war sparked by the September 11 attacks that has spanned three US presidential terms and even outlasted al Qaeda leader Osama bin Laden.

President Barack Obama and NATO partners sought to show their war-weary voters the end is in sight in Afghanistan – a conflict that has strained Western budgets as well as patience – while at the same time trying to reassure Afghans that they will not be abandoned.A decision by France’s new President Francois Hollande to pull out French troops by the end of December – two years ahead of NATO’s timetable – has raised fears that other allies may also think about a rush to the exits. “Our nations and the world have a vital interest in the success of this mission,” Obama told a summit session on Afghanistan. “I am confident … that we can advance that goal today and responsibly bring this war to an end.”

Alliance leaders, in a final communiqué, ratified plans for the NATO-led International Security Assistance Force to hand over command of all combat missions to Afghan forces by the middle of 2013 and for the withdrawal of most of the 130,000 foreign troops by the end of 2014. The statement deemed it an “irreversible” transition to full security responsibility for fledgling Afghan troops, and said NATO’s mission in 2014 would shift to a training and advisory role. “This will not be a combat mission,” it said.Doubts remain, however, whether Afghan forces will have the capability to stand up against a still-potent Taliban insurgency that Western forces have failed to defeat in nearly 11 years of fighting.

GETTING HOME SAFELY NATO diplomats said thinking had moved to the logistical challenge of getting a multinational army that size out of the Afghan mountains and deserts and back home – safely and with their equipment. They said the aim was to sign a framework agreement with Afghanistan’s northern neighbor, Uzbekistan, to allow “reverse transit” of NATO supplies from Afghanistan. The United States is unwilling to foot the entire annual bill to maintain the forces after 2014, which is estimated at $4.1 billion, and has been seeking pledges from allies of $1.3 billion, despite austerity measures brought on by Europe’s financial crisis.

Many of the leaders in Chicago came directly from a summit of the Group of Eight wealthy nations that vowed to take all necessary measures to contain the European debt crisis. NATO Secretary-General Anders Fogh Rasmussen said a number of allies had announced concrete contributions. These have included $100 million annually from Britain, $120 million from Italy, $100 million from Australia and $20 million for Turkey. While he said the summit was “not a pledging conference,” Rasmussen was “optimistic about reaching the overall goal.”Seeking re-election in November, Obama has sought to dispel Americans’ concerns that shaky allies will leave U.S. troops to fight alone. – PT