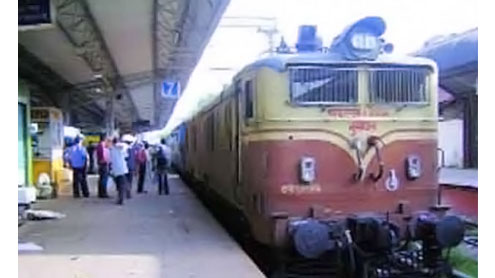 NEW DELHI: Fifteen persons were killed and 70 others injured today when the Bangalore-bound Hampi Express overshot a signal and collided with a stationary goods train at Andhra Pradesh’s Penneconda station.

“Fifteen persons have died in the accident and 70 others injured when the train, going from Hubli to Bangalore, collided with a goods train at Penneconda station at around 3.15 AM,” a Railway Spokesperson said.Three bogies, one SLR and two ordinary second class coaches, were derailed due to the impact of the collision. One of the coaches also caught fire.The fire has been brought under control and rescue and relief operations were going on, he said.

Railway Minister Mukul Roy, who was in Kolkata, rushed to the site of the accident and ordered an inquiry into it Commissioner Railway Safety (Southern Circle), S K Mittal will conduct a statutory inquiry and has been asked to submit a report at the earliest.Roy also announced a compensation of Rs five lakh to the next of kin of the deceased, Rs one lakh for those who sustained grievous injuries and Rs 50,000 to those who received minor injuries. The injured have been admitted to nearby hospitals.