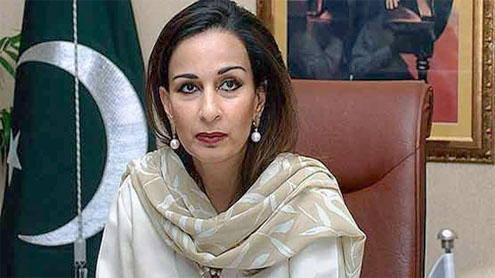 Pakistan Ambassador in the US Sherry Rehman

Hours before the start of NATO summit in Chicago on Sunday, Pakistan Ambassador in the US Sherry Rehman called for the US administration to execute Pakistan s five demands to salvage the relationship between the two countries.

In her write-up published today in foreign media, Sherry Rehman topped the five-point demand list with the tendering of apology by the US for Salala attacks that killed 24 Pakistan soldiers.She said significant progress could be made towards resetting the bilateral relationship if the US tenders apology for Salala attacks, reimburses CSF, enhances sharing of intelligence, ceases the drone attacks and shifts to policy of trade not aid.

“The US and Pakistan have had a rocky year. The unilateral raid on Abbottabad, the Raymond Davis CIA provocation, the U.S.-led NATO air assault in Salalah that tragically killed 24 Pakistani soldiers and the continuing unauthorized drone attacks on Pakistani soil have frayed our 60-year special relationship,” Sherry Rehman said.If the war against extremism is to succeed, the war of words between democratic allies must end, she asserted.The ambassador said Pakistan has taken the first step to restoring normalcy to Pak-US relations by working to reopen the NATO supply routes that were closed after the Salalah tragedy. – Dunyanews