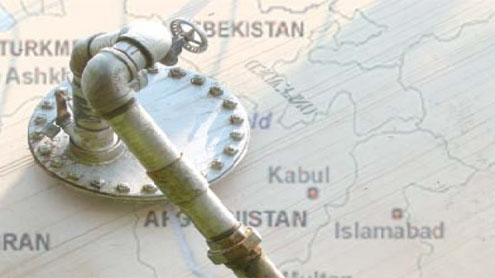 NEW DELHI: The Indian government removed a major stumbling block in completing an intra-continent gas supply line, after its cabinet approved a deal to buy natural gas from Turkmenistan via the $7.6 billion pipeline which will pass through Afghanistan and Pakistan, reports said on Thursday.

The cabinet approved the signing of the Gas Sale and Purchase Agreement as well as the payment of a transit fee to Afghanistan and Pakistan for allowing the pipeline to pass through their territory, a Press Information Bureau of India press release read.The 1,735-kilometre (1,078-mile) pipeline is likely to be operational by 2016, the Press Trust of India said, quoting a government official.

The source of the gas is the South Yoiotan Osman field, recently renamed Galkynysh, which has been certified by a reputed international consultant to be holding proven recoverable gas reserves of 16 trillion cubic metres, the release said.Turkmenistan has the world’s fourth-largest gas reserves and energy-hungry India and Pakistan are both eager to tap this source.

The announcement comes after New Delhi said this week it would cut purchases of Iranian oil by 11 per cent following US pressure to isolate the Islamic republic over its disputed nuclear programme. Iranian oil is one of the main fuel resources for the billion-strong population India.Washington favours the Turkmenistan pipeline and has pressured both India and Pakistan to hold off on a pipeline deal with Tehran.Energy-scarce India, which imports four-fifths of its crude, says it shares the US anti-nuclear proliferation goals but it views Iran as an important source of oil to feed its economy’s fast-growing needs. – Thetribune