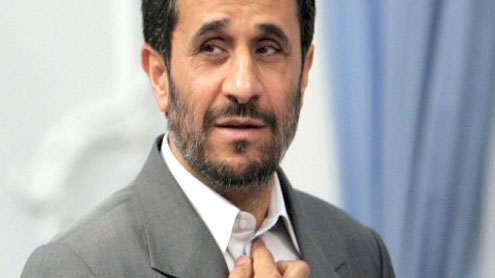 “The destruction of the Zionist regime does not necessitate making war,” he said in a speech during a tour of northeast Iran. “If countries of the region cut ties with the Zionists and give them dirty looks, it will spell the end of this puppet regime,” said the hardline Iranian leader.

Ahmadinejad, who is known for making fiery speeches against Iran’s archfoe Israel, has dubbed the Jewish state a “cancerous tumor” which is destined to be eliminated from the region. The president on Saturday also mocked Saudi Arabia and other oil-rich Arab states of the Gulf over their huge oil contracts with the West, especially Israel’s US ally. “If the leaders of these countries had some brains, they would not sell their petrol just to buy 60 billion dollars worth of arms,” he said. – PT