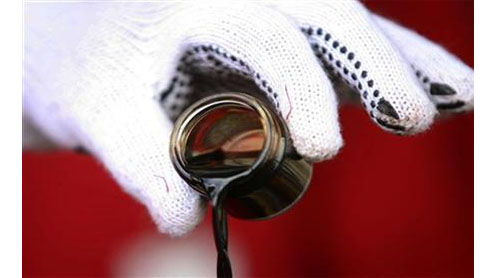 Argentina’s renationalization of its biggest oil company, YPF, recently caused an outcry. But the cases of oil nationalization in Brazil, Mexico, and Venezuela show that outcomes can vary widely.

“Nationalization is an old story in Latin America,” says Larry Birns, director of the Council on Hemispheric Affairs. “Almost as old as oil itself.” When countries choose to nationalize natural resources there are usually dire predictions that investors will flee and economies will crumble. These three cases of oil nationalization illustrate that investor panic can be shortlived and that a country’s approach matters. But nationalization can hamper innovation and constrain a country’s potential for investment.

President Lázaro Cárdenas nationalized Mexico’s oil industry in 1938, kicking out US and European firms and setting up state-run Petroleos Mexicanos (Pemex). Today it still ranks as one of Mexico’s most popular decisions.Pemex was not the first national oil company in the Americas – YPF of Argentina was – but Mexico’s expropriation is the region’s first example of a classic state takeover. Since then Pemex’s door has, under Mexico’s constitution, been tightly sealed to foreigners.

Although foreign governments boycotted Mexican oil in retaliation, over time nationalization was considered a boon for Mexico. With the finding of the massive Cantarell field in the 1970s, Pemex grew into one of the largest oil companies in the world. Its revenues pour into Mexico’s coffers, funding about a third of the federal budget.RELATED: Think you know Latin America? Take our geography quiz!”Because Mexico nationalized so early … it created a system in which nationalization became part of the political identity of Mexico,” says independent energy analyst Roger Tissot.

But after its peak in 2004, Cantarell production suddenly slowed, which hit the entire industry. Mexico went from producing more than 3 million barrels a day to just over 2 million. Inefficiencies, mismanagement, and taxation rates that cripple the state-run company’s ability to reinvest in technology and exploration came to the fore.

Suddenly, the company that was once considered the antidote to Mexico’s dependence on the United States was fighting for its own survival. Today, its proven reserves are running out, and it lacks refining capacity, so it must import billions of dollars in products like gasoline. Its hydrocarbon potentials are enormous, but it lacks the technology and expertise to exploit deepwater reserves in the Gulf of Mexico, as the US has done. Most other countries would call in experts from the multinationals, but Mexico is constitutionally barred from doing so.

Any talk of “privatizing” Pemex still means political suicide. But facing Pemex’s demise, Mexico has moved to make the company more enticing to foreign participation in recent years.In 2008, Mexican President Felipe Calderón passed a reform opening up incentives for more private contracting, instead of the fixed-service contracts that dissuaded many would-be participants. That could open the way for international partnerships in the Gulf of Mexico.Pemex has made important moves in the past six years to stabilize production, says Jeremy Martin, director of energy at the Institute of the Americas. “But the … consensus is they need that outside support and partnership,” he says.

Brazil established a monopoly over the oil industry in 1953 when President Getúlio Vargas created Petrobras, the outcome of a seven-year campaign with nationalist slogans like “The oil is ours.” In 1954, operations began, and Petrobras produced only about 2 percent of the country’s domestic oil consumption.Nearly 60 years later, Petrobras is the fifth-largest energy company in the world and a leader in deepwater and ultra-deepwater oil extraction. Its monopoly in Brazil continued into the 1990s, a period when privatization, free trade, and neoliberal policies swept the Americas.

President Fernando Henrique Cardoso broke the monopoly in 1997 (see chart), and investment, competition, and efficiency increased as the company was forced to compete with outside companies to develop Brazil’s oil fields, says Joao Augusto de Castro Neves, a Latin America analyst at the Eurasia Group. This opening could be credited for Brazil’s 2007 discovery of “pre-salt” deepwater oil fields – named for the oil deposits in rocks located under a vast layer of salt – an area expected to boost Brazil’s oil reserves by 50 percent, he says.

When socialist Luiz Inácio Lula da Silva was elected president in 2002, some feared his Workers Party platform would mean the end of international oil concessions. But Mr. da Silva, widely known as Lula, instead created a system where all future foreign investment in strategic areas would consist of partnerships with Petrobras, which would hold a majority stake. He did not amend existing oil contracts, nor did he expropriate enduring international partnerships.

Lula moved forward with countless social programs – catapulting 29 million Brazilians into the middle class – yet he didn’t use Petrobras as a political tool to bankroll his programs the way Venezuelan leaders have with oil. The Petrobras model “forces the company to compete, but keeps ownership, national pride, and resource nationalism intact,” says Terry Karl of Stanford University.As the majority stakeholder, Brazil plays a larger role than before in the entire oil supply chain, putting a heavier burden on Petrobras to adopt better regulation policies and increase investment in equipment and distribution capacity.

A lack of high-skilled labor puts additional strain on Petrobras, and some fear the economic diversity that has allowed Brazil to grow and develop beyond many of its neighbors could decline if industry becomes too reliant on oil production.

President Hugo Chávez has increased state control over the oil industry, but he wasn’t the one to nationalize Venezuela’s oil.Petróleos de Venezuela S.A. (PDVSA), the state-owned oil company, was nationalized in 1976 at a time when many countries in the Southern Hemisphere were asserting sovereignty over their natural resources.It was hailed as a national victory, but by the 1990s, oil prices were down and Venezuela was in deep economic trouble. Though the country sits on an estimated 900 billion to 1,300 billion barrels of oil in the Orinoco Oil Belt, Venezuela – like many countries that nationalize – lacked the technology, capital, and know-how to monetize the oil underfoot, says Jorge Piñon, a fellow at the Center for International Energy and Environmental Policy at the University of Texas in Austin.

As a result, the country began opening its oil sector to foreign investors. The idea was to attract private international companies with the means to undertake exploration and extraction in exchange for shared profits, says Dan Hellinger of Webster University in St. Louis.Mr. Chávez won 1998 elections (see chart) on a populist ticket that promised to use the country’s vast oil wealth for the benefit of the poor. Though criticized for using oil money to fund his programs, he was not the first Venezuelan leader to use the revenues for political ends.

His presidency set the stage for a new wave of renationalizations, with countries like Bolivia and Ecuador following suit. None of these countries closed the door on international investment, but they raised rents and changed fiscal agreements in their favor.At home, Chávez lost large swaths of technical know-how when he fired nearly half of PDVSA employees in 2002 during an opposition strike. It took years to regain this lost capacity.In 2007 (see chart), when Chávez expropriated oil assets in the Orinoco, commanding at least 60 percent ownership in existing international oil partnerships, production fell by nearly a quarter, and he furthered an international perception of Venezuela as a pariah.

“There is a fear on the part of most foreign investors because the Venezuelan ground rules are not the traditional ground rules,” says Miguel Tinker Salas, a Latin America professor at Pomona College.Nevertheless, with the second-largest proven oil reserves in the world, Venezuela has no shortage of nations courting oil investment opportunities. Recent partnerships include China, Vietnam, and Belarus. But Mr. Piñon warns that what these countries can provide in capital is not necessarily matched by the required technological expertise. – Yhoonews