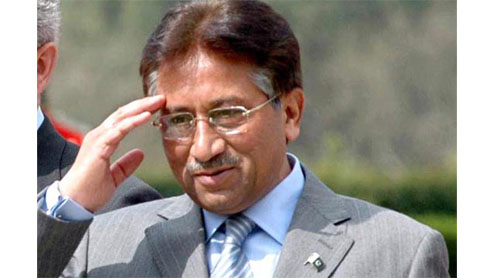 Reliable sources told Media that although the Interior Minister Rehman Malik has announced to contact Interpol for Musharraf arrest in the Benazir Bhutto’s murder case but he was given full official protocol during his visit to Pakistani Embassy in Beijing.Several notables Pakistanis settled in China were also invited in the reception on the occasion. The sources told that during his speech President Musharraf harshly criticized President Asif Zardari and Prime Minister Yousaf Raza Gilani as well as the leader of PML (N) Mian Nawaz Sharif.

He also asked the people to support APML and assured them that after coming into power, he would pull the country out of crises.The former President Pervez Musharraf, besides meetings with high Chinese officials, he also delivered lectures on Pak China relations and war against terrorism during his a week stay in China. – Onlinenews