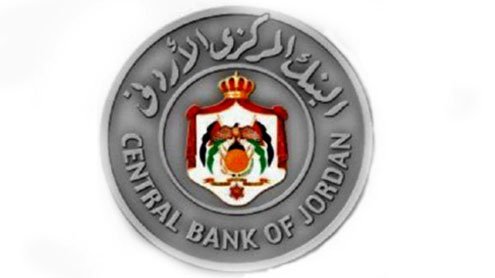 AMMAN: Jordan has no plans to revalue its dinar currency or sever the currency’s peg to the US dollar and will maintain a tight monetary policy to preserve the attractiveness of dinar-denominated assets at a time of regional uncertainty, the central bank deputy governor said on Wednesday.

“I think that the peg to the dollar has served the country well for many many years and we don’t see at this point that we need to change the regime or change the level of the Jordanian currency vis-a-vis the US dollar,” Maher Sheikh Hasan told a conference.The dollar peg has provided stability in a period of regional instability to an aid-dependent economy hurt by a drop in capital inflows and remittances as Jordan is still struggling to recover from the global downturn of 2008-2009.

Jordan is expected to manage 2.8 percent growth this year, a slight pick-up from last year’s 2.5 percent and almost half the levels it attained during a boom period before the financial crisis. “One thing one has to keep in mind in the Arab spring, we are facing a lot of nominal shocks where a fixed exchange regime plays a positive role in absorbing such shocks,” Sheikh Hasan added. Sheikh Hasan also said last February’s rise in benchmark rates that went counter to a global rate trend was prompted by potential inflationary risks and to encourage savings in dinar-denominated assets at a time of regional political uncertainty.

“We recognized the level of concern … to maintain such attractiveness (of dinar-denominated assets), and to compensate investors for the relatively high risk premium it was appropriate to raise interest rates,” he added. Bankers said the tightening of monetary policy had now the priority of encouraging dinar-denominated savings by widening the differential between the dinar and the dollar to over 3 percent to stem capital flight.Some bankers have said recent months have seen modest transfers to the dollar as a safe haven.

Sheikh Hasan said a freeze on gasoline prices had helped to keep inflation under control. So far this year it has averaged 3.6 percent, compared to 4.4 percent in the same period last year, the central bank official said. However, it is forecast to rise to almost 6 percent in 2012.But inflation was expected to rise with plans to raise electricity prices and rationalize a costly subsidy system that has added to the kingdom’s fiscal pressures, Sheikh Hasan said.Officials say reforming a universal system of fuel subsidies was crucial to reduce the budget deficit to around 5 percent of GDP this year from 6 percent in 2011. Economists say the deficit could reach as high as 8 percent without aid from Western donors and Saudi Arabia. – Arabnews