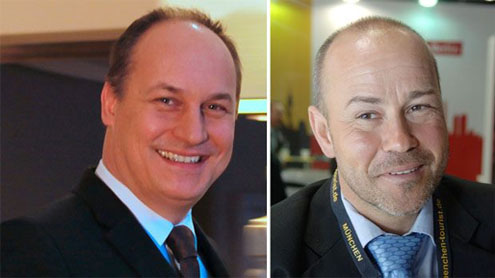 Dubai: Germany has become one of the key destinations for tourists from Gulf Countries and the tourism industry witnesses a growth of 20-30 percent year on year.

“Munich received 120,000 arrivals from the GCC last year and over 70 percent of the tourists were there for medical treatment,” said Frank Heller, GM, Charles Hotel in Munich.With a high hospital density, Munich has become a medical hub for patients traveling from the Middle East. In 2011 alone, over 70 percent of our Middle Eastern guests were booking into our hotel for medical stay,” he added.

According to statistics, residents from the UAE alone spend up to $ 2 billion on health care travel annually. “From the GCC, 50 percent guests are from the UAE, 30 percent from Saudi Arabia and 18 percent from Qatar,” he added.”Saudi Arabia is a promising market with huge population. Many Saudi tourists seek quality hotels with luxury,” he added.”Our hotel has a well-established network of clinics and doctors, and maintains a close relationship with Europe Health. We offer a ‘home away from home’ for the guests as they undergo treatment or surgery,” he said.

“In addition, we have in-house medical concierge. We always put strong emphasis on catering to their guests’ customs and culture, including dietary needs, leisure pursuits, and accommodation interests. Provided are Arabic-speaking staff, native Arab chefs, halal meat and extended restaurant hours during Ramadan. Also, every room has a copy of the Holy Qur’an,” he added.

Ralf Zednik, marketing director of sales, department of labor and economic development, Tourist Office, Munich, said the flow of tourists from the Middle East has been growing. “We are receiving a huge number of tourists from Saudi Arabia, the UAE, Qatar, Kuwait and Oman. We are going to promote the destination more because Munich is not only a summer destination but also a yearlong destination,” he said.

He added that guests from the GCC spent 375,000 nights in Munich last year. Aside from medical tourism, Munich has a lot of places to visit. “We have mountains with snow and natural scenes with plenty of greenery,” Zednik added.

“Alliance Arena located in Frottmaning is a new landmark for tourists. The stadium is among the most modern and architecturally unique football cathedrals on the planet. This month, FC Bayern Eriebniswelt, the largest football club museum in Germany, will open and this will be an added attraction.”