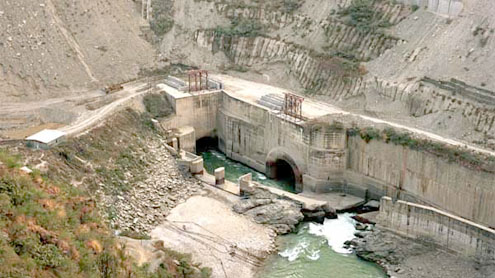 NEW DELHI: A report commissioned by the government has recommended that 34 dams on the Alaknanda and Bhagirathi rivers – the two main tributaries of the Ganga – should not be allowed to come up as they will cause irrevocable harm to biodiversity in Uttarakhand.

Prepared by the Wildlife Institute of India (WII), the report flashes a red light with regard to the hydroelectric projects that add up to 2,600 MW and make for about a tenth of all small and big dams on the anvil in the state.The report, prepared at the behest of the environment ministry, also recommends maintenance of a minimum ecological flow at different points along river stretches that can impact production of power from other dams. If the suggestion is accepted, these power projects will have to function at a lower than planned production level.

The report comes ahead of a meeting of the National Ganga River Basin Authority (NGRBA), to be chaired by Prime Minister Manmohan Singh on Tuesday. The meeting was called after G D Agarwal, earlier a member secretary of the Central Pollution Control Board and a professor at IIT Kanpur, went on fast to demand dams in Uttarakhand be stopped and the river be allowed to flow freely.The big projects in the “red list” include the 530 MW Kotlibhel II, the 250 MW Tamak Lata on Dhauli Ganga, the 320 MW Kotlibhel IB on Alaknanda, the 381 MW Bharon Ghati and the195 MW Kotlibhel IA on Bhagirathi. The WII report notes, “The scenarios (with the 34 dams being excluded) also provide adequate basis…to applying an ‘exclusion approach’ across the two basins for securing key biodiversity values.”

Stopping the dams, the report says, is important to safeguard “critically important habitats and designated protected areas”. While WII has not used words like “stop” and “rollback”, its uses of the term “excluded” is intended to signal that it will opt for conserving biodiversity over power production goals.The debate within government and among activists has been raging for almost two years with some asking that all projects be halted till a cumulative assessment is undertaken. Earlier, the ‘holy’ nature of the river was evoked by the government to stop some upcoming dams, while invoking the fiscal imperative to continue projects that are heavily invested in.