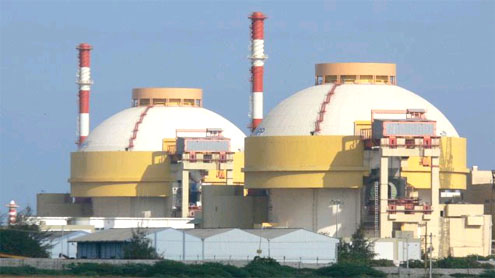 NEW DELHI: American NGOs fund the protests that hold India back from building the nuclear reactors it needs to meet fast-growing energy needs, the country’s prime minister said in an interview published in Science magazine on Friday.

Among the plants suffering delays is the Kudankulam power station, which was due to open last year. Progress on the Russian-built reactor has been halted by protesters over safety fears.“The atomic energy program has got into problems because these NGOs, mostly I think based in the United States, don’t appreciate the need for our country to increase the energy supply,” Prime Minister Manmohan Singh said in the interview Singh also blamed protests against genetically modified crops on groups he said were funded from the United States and Scandinavian countries.

“(They are) not fully appreciative of the development challenges that our country faces,” he said.Media commentaries said his remarks were reminiscent of an era when India was more inward looking and saw foreign influence behind many of the country’s problems.Protesters at Kudankulam in southern India have denied that they get overseas financing, and say an interior ministry investigation into the accounts of dozens of protest groups in the area turned up no evidence of wrongdoing.

Non-governmental organizations (NGOs) in India are allowed to receive foreign financing, with certain restrictions. A member of Singh’s cabinet on Friday said three NGOs had lost their license to operate for inappropriately using funds.The Kudankulam power station in Tamil Nadu is one of several planned power projects that are seen as vital to plugging huge electricity shortages that have damaged economic growth.Protests by local people against the power station gathered pace after the Fukushima accident in Japan in March last year. In December, Singh said the plant would be open within weeks. – Arabnews