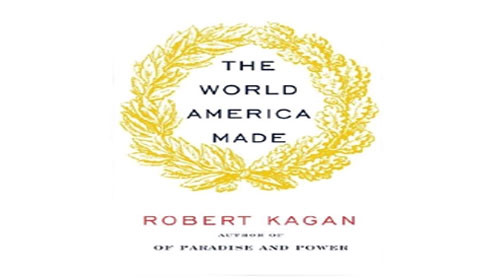 While there has been growing concern that the United States is slowly losing ground as the world’s dominant Superpower, Robert Kagan, author of the new book, The World America Made, believes it’s all in our head.

“I think that the basic measures of power indicate that the United States really is just as strong as it’s ever been,” says Kagan, “People have talked themselves into this notion that we no longer have the capacity to play the role we’ve been playing.”

But as the United States begins to pull troops out of Afghanistan, after already pulling out of Iraq, there are questions as to whether America has the resources to assert its power in future conflicts, including the brewing situation with Iran.”I don’t think it’s a question of whether we can afford it,” says Kagan “we certainly have that capability,”

Kagan doesn’t deny that countries like China, whose international power is clearly growing, are a threat to America. Rather, his point is that the threat is nothing new. “We tend to sort of fantasize about the past, a past when the United States was allegedly able to do whatever it wants whenever it wanted to, and that past never existed.” – Yahoonews