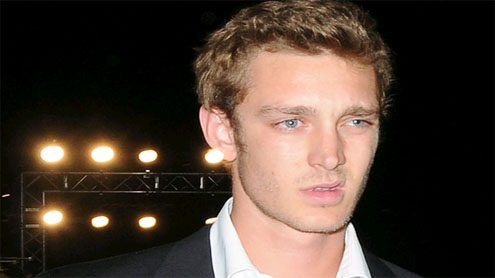 A brawl at a Manhattan nightclub over the weekend ended with Monaco’s Prince Pierre Casiraghi in the hospital and a New York man facing assault charges.

The incident occurred around 2 a.m. Saturday at the Double Seven Nightclub, when according to police 24-year-old Casiraghi, the grandson of Grace Kelly, got into a confrontation with 47-year-old Adam Hock, a former nightclub owner.Casiraghi reportedly approached Hock, leading to a physical confrontation. Hock, who according to the New York Post was sitting with friends including supermodels Natasha Poly, Valentina Zalyaeva and Anja Rubik, allegedly punched Casigraghi and three friends who came to his aid.

“Pierre’s face looked broken, with deep cuts and blood everywhere,” a witness told the New York Post. “He looked like he needed plastic surgery.”Hock was arrested and charged with four counts of third-degree assault.Hock’s lawyer, Sal Strazzullo, said his client acted in self defense and was trying to protect the people he was sitting with.

“The complaint speaks for itself, when it comes to four men allegedly saying that my client was the attacker. “It was four men against one.”Aaron Richard Golub, who is representing the Casiraghi and his friends, disputes the idea that Hock was protecting his friends.”This incident was entirely unprovoked. “It was a one sided incident [and] not from my client’s side.”According to Golub, Casiraghi was treated for his injuries at a New York hospital over the weekend and then released. – Yahoonews