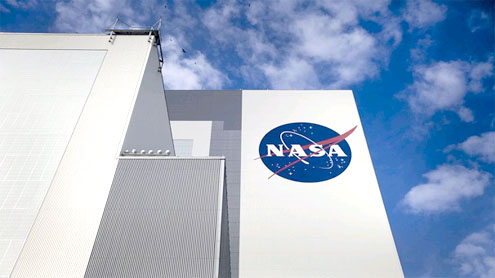 “I have a lot of facilities that we, NASA, no longer need,” said Robert Cabana, Kennedy’s director and a four-time space shuttle flier. “I don’t have the money to maintain them, I don’t have the money to tear them down. They’re just going to sit and rot.”That is, unless NASA can find some tenants.“We’re putting out the word officially and unofficially that Kennedy Space Center is open for business,” said Scott Colloredo, chief architect for ground systems here.

At the apex of the space shuttle program, some 18,000 people worked here. Now, just 7,500 do. On a recent Wednesday morning, parking lots across the vast complex sat two-thirds empty. Since 2009, Cabana has handed pink slips to 9,000 engineers, technicians and office workers.“Do you know what that feels like?” Cabana asked as he stood inside one of Kennedy’s hangars. He looked up at the space shuttle Discovery, where three workers were crawling inside the engine compartment. In April, Discovery will make a final flight to Dulles International Airport. Retirement awaits it at the National Air and Space Museum’s Udvar-Hazy Center.

Cabana outlined a vision for the spaceport’s future. Instead of serving a single customer — the enormous shuttle program — he foresees Kennedy launching rockets from NASA and from private companies now racing to build a new generation of crewed space vehicles.But that vision depends on the rapid maturation of a commercial space industry. Critics say Congress has not delivered enough cash to support private development, and expected launch dates have already slipped.

In 2010, President Obama spoke here and vowed to seed a commercial space industry, to replace the canceled Constellation program to return Americans to the moon. With NASA money, American companies would build rockets and spaceships to travel to low Earth orbit. They would deliver astronauts and cargo to the international space station and, someday, to privately owned space stations.

For 2012, the Obama administration and NASA asked for $850 million to spread among American space companies. Congress provided less than half that, $406 million. “Congress hasn’t sufficiently funded it,” said Dale Ketcham, director of the Spaceport Research and Technology Institute at the University of Central Florida. “It’s an Obama idea so Republicans don’t like it.”

A top NASA advisor, Vice Admiral Joseph Dyer, said he felt “a sea change in energy” during a January meeting with NASA officials, a downturn in optimism regarding private space efforts. Dyer leads the Aerospace Safety Advisory Panel, which meets with NASA quarterly. “If the new [lower] funding level continues into the future, we believe the program is in jeopardy,” Dyer said. – WP

Ministry of Sound: Dancing in the afternoon