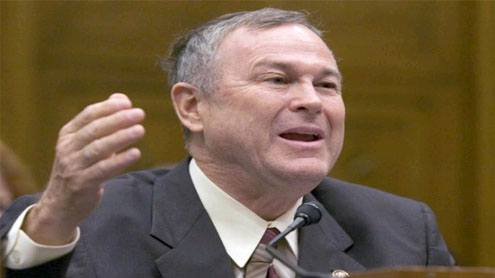 WASHINGTON: A US congressman introduced on Friday a bill in the House of Representatives asking the US government to bestow its highest civilian award on a Pakistani doctor who was crucial in the hunt for Osama bin Laden.

Congressman Dana Rohrabacher, who chairs the US House Foreign Affairs Subcommittee on Oversight and Investigations, has asked that Dr Shakil Afridi, who helped the Central Intelligence Agency find Bin Laden in Abbottabad, be presented with the Congressional Gold Medal.The bill submitted to Congress, which has been co-sponsored by nine congressmen, reads: “If convicted, Dr Afridi could be executed, and so his life continues to be in jeopardy on account of his work that helped further the interests of the US.”

Rohrabacher, who also chaired a US congressional hearing on Balochistan last week, had previously introduced a bill in Congress seeking US citizenship for Dr Afridi.In a press release issued from his office on Tuesday, when Rohrabacher said he will submit a bill, he said, “Dr Afridi’s acts to help the United States were extremely valiant and daring. All Americans owe him our most sincere gratitude for helping to execute the terrorist who murdered thousands of innocent Americans. Awarding Dr Afridi the Congressional Gold Medal is a great honour befitting a hero who took such great risks to help the US achieve a major victory.”

The bill, which has been referred to the House Committee on Financial Services, also adds that Dr Afridi “played a pivotal and vital role in the final operation to bring Osama bin Laden to justice after nearly a decade of unrelenting effort.” The text states, “All Americans are grateful for Dr Afridi’s bold actions.” -Thetribune