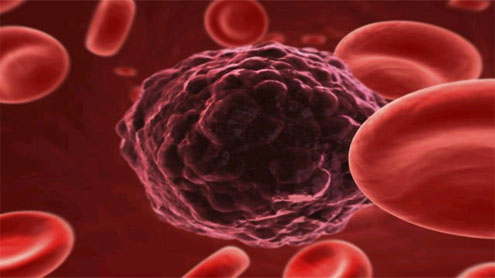 NEW DELHI: Want to know how long you may live? A simple blood test – like the one that calculates cholesterol – will soon offer Indians a clue to their longevity and pace of ageing.

The test, to be available in India this year, measures Telomeres – protective caps at the end of chromosome that are the best indicators of biological age as against chronological age.Scientists say the length of Telomeres is crucial in deciding biological age.There is extensive scientific evidence showing the strong correlation between the percentage of short Telomeres and the risk of developing diseases associated with ageing such as cancer, cardiovascular diseases and Alzheimer’s.

Similarly, lifestyle habits (nutrition, obesity and exercise) are increasingly being shown to impact telomere length. The finding that human chromosomes are protected by Telomeres had won the Nobel Prize for Medicine in 2009.Dr Jerry Shay, professor of cell biology at the University of Texas Southwestern Medical Center who has been instrumental in creating this blood test, told TOI during his India visit last week, “Now, more Indians believe in healthy living. Many would want to know how healthy their cells are and how long they may live. Telomeres are essential in preserving the regenerative capacity of different tissues and organs and significantly contribute to ageing when they become short. The blood test will tell the length of Telomeres.”

Dr Shay’s technology known as Telomapping determines the length of Telomeres of every single cell in biopsies and all tissues, such as skin. However, the test will be a costly affair at around $500. According to scientists, biological age is more than important chronological age. No wonder, some people look younger that they actually are.Dr Shay, who is associated with Life Length – the Telomere testing company based in Spain – said, “Telomeres act like a clock of the cell’s lifespan. Reduction in Telomere length means the cell’s lifespan is shortening. Long telomeres are related to healthy ageing and overall longevity.”

He added, “A short Telomere represents a persistent and non-repairable damage to the cells, which is able to prevent their division or regeneration. The Telomere length test will tell whether the percentage of short Telomeres of a person is within normality for a given age or indicates a younger or older biological age.”Dr Shay said Telomeres progressively shortens over life. “We also know that Telomeres are genetically inherited. Every child inherits 23 chromosomes from the mother and 23 from the father. At the end of each chromosome, there are around 92 Telomeres. Telomeres are like the plastic ends of a shoelace. As the plastic ends shred, the shoelace becomes frayed and damaged. Similarly the shortening of our telomeres can leave our cells vulnerable to damage.”

Interestingly, the findings of a study involving nearly 20,000 Danes announced on Thursday showed that there is a direct link between Telomere length and heart diseases.A team of researchers from the University of Copenhagen isolated each individual’s DNA to analyze their specific telomere length – a measurement of cellular aging.”The risk of heart attack or early death is present whether Telomeres are shortened due to lifestyle or due to high age,” said professor of genetic epidemiology Borge Nordestgaard from the University of Copenhagen.

The study followed people for about 19 years and the conclusion was clear: If the Telomere length was short, the risk of heart attack and early death was increased by 50% and 25%, respectively.”That smoking and obesity increases the risk of heart disease has been known for a while. We have now shown that the increased risk is directly related to the shortening of the protective telomeres – hence, smoking and obesity ages the body on a cellular level, just as surely as the passage of time,” says Nordestgaard. “Stress reduces Telomere length,” Dr Shay said. – TOI