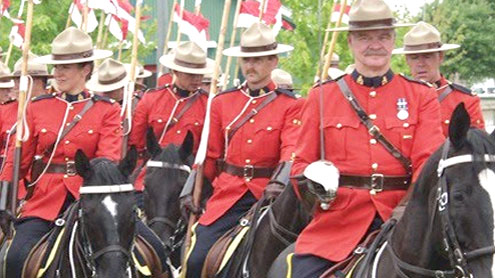 OTTAWA: A new law gives police stronger powers to track what Canadians do online, but raises concern from the privacy watchdog about “warrantless access to personal information.”

The Conservative government says the draft law it unveiled on Tuesday aims at hunting down pedophiles or other criminals by giving police, the country’s spy agency and the Competition Bureau increased access to customer data from Internet service providers.Law enforcers will no longer need a warrant to ask internet providers to hand over “identifying information” such as names, addresses, email addresses, unlisted phone numbers and IP addresses.

Ottawa says it is simply modernizing its crime-fighting tools and notes that that similar laws are already in place in the United States, the United Kingdom and Australia.But Chantal Bernier, the assistant privacy commissioner of Canada, said the bill raised serious concerns.”There is an outstanding issue that to us remains of concern and that is that it still allows warrantless access to personal information … and it’s not framed either in terms of suspicions of criminal activity or in the context of a criminal investigation,” Bernier told Reuters.

“It’s wide open and so it could impact on any law-abiding Canadian,” she said.The government named the bill “protecting children from internet predators act”, framing it as a new tool to end frustrating delays police face when they seek to track suspects’ online activities.The opposition New Democrats and other critics say a warrant should be required, otherwise authorities can abuse their new powers and snoop on anyone without any oversight or justification.

The opposition is vigorously fighting the bill, but the Conservatives have a majority in the House of Commons, so are likely to get the bill passed in one form or another.Public Safety Minister responded to critics in Parliament on Tuesday by saying that people “can either stand with us or with the child pornographers.”

Toews said criminals have adapted more quickly than police to rapidly changing technologies, and he cited a case of child abduction last year where it took police 13 days to obtain the electronic data that eventually allowed them to nab their suspect because the service provider would not provide customer data without a court order. In a 2010 child pornography

investigation, it took 15 days, he said.”It is clear we need a better system,” Toews said.In a nod to concerns from the privacy commissioner last year, the government included a requirement for audits conducted on the exercise of the new powers and reduced the list of personal data that police can access without warrant.Police will still need a warrant to actually read the online communications of suspects.

“The new investigative powers are tailored to ensure a minimum of intrusion on the privacy of Canadians,” said Justice Minister Rob Nicholson.Bernier is not convinced, and the privacy commissioner’s office left the door open to a constitutional challenge of the law, pending further study.”That is precisely the analysis that we are embarking on now, whether this does indeed conform to the fundamental right to privacy (enshrined in the constitution) so I can see others taking this on in the same manner,” she said. – Yahoonews