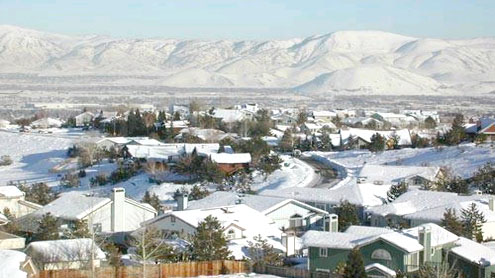 ytThe south central United States was pelted with a wintry mix of snow and freezing rain that threatened travel on Sunday, while frigid temperatures chilled the East Coast during what has been an unseasonably mild winter, forecasters said.

Arctic air was in place across parts of the Southern and Central Plains, where light snow and freezing rain were expected through Monday, according to the National Weather Service.A winter weather advisory was in effect for parts of New Mexico, Texas, Oklahoma, Arkansas, Missouri, Kansas, Nebraska and Iowa, the NWS said.A possibility of 1 to 3 inches of snow could accumulate from the Texas Panhandle to the middle Mississippi River Valley, it said.

Coupled with freezing rain, a large swath of the middle of the country should brace for tough travel conditions, it said.Meanwhile, cold air blanketed much of the East and South with highs generally 5 to 20 degrees below average, according to the Weather Channel.Icy temperatures in northern New England were barely expected to climb into the teens, it said.

Although sub-freezing temperatures were expected for the Southeast and much of Florida Sunday night, the NWS said there would be a return to near normal temperatures by Tuesday across the eastern United States.A cold front moving toward the West Coast was expected to drench the Pacific Northwest later Sunday with steady rain, then veer south on Monday bringing scattered rain to the California coast and heavy snow showers to the Sierra Nevada mountain range, NWS said. – Yahoonews