Iran won’t forgive Gulf nations if they side with US 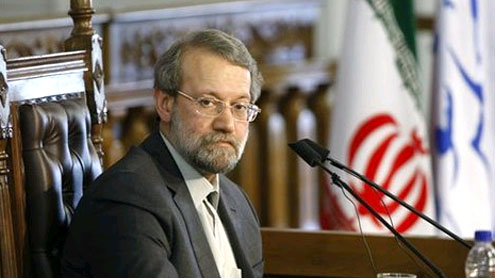 “We recommend to some of the countries in the region who were siding with (Iraq dictator) Saddam (Hussein) and now are siding with the US plots against the Iranian nation to give it up,” he was quoted as saying. “Iran will not forgive them again. There will be consequences in the region if new plots against our nation are carried out,” Larijani said.Larijani was referring to the generous financial aid and political support provided by Gulf Arab states, to the Iraqi regime during the 1980-1988 war against Iran.His comments come at a time when the United States and the European Union have imposed new sanctions on Iran’s central bank and oil exports in January over its controversial nuclear program.

The Gulf Cooperation Council comprising of Bahrain, Kuwait, Oman, Qatar, Saudi Arabia and the United Arab Emirates, have called on Iran to “stop interfering in the internal affairs” of their nations.The worsening ties continued after the six Gulf nations ordered their envoys home from Syria and expelled Damascus’s ambassadors, joining mounting pressure on Syrian President Bashar Assad over the killings of civilians.Tehran has been Damascus main regional ally since the 1979 revolution and has been supportive of Assad’s regime in the 11 month uprising that has seen more than 6,000 people killed, according to human rights groups.

Meanwhile, an official was quoted as saying on Sunday that authorities will crack down this week on any public protest against the yearlong house arrest of opposition leaders, Mirhossein Mousavi and Mehdi Karoubi.Iran, at odds with the West over its disputed nuclear program, holds a parliamentary election on March 2, its first national poll since Mousavi and Karoubi were beaten by President Mahmoud Ahmadinejad in a 2009 vote they said was rigged.The government denied any fraud in the election, which ignited eight months of street protests, prompting a violent state response and deep splits in the ruling establishment.

The two leaders were placed under house arrest on Feb. 14 last year after they urged their supporters to join a rally in support of popular uprisings across the Arab world.Tehran provincial Gov. Morteza Tamaddon said a call by reformists for a rally on Wednesday to mark the anniversary of the curbs imposed on Mousavi and Karoubi was a “publicity stunt” by opponents of Iranian revolution.”We will confront such moves with full preparation and all kinds of security apparatus,” the reformist Kaleme website quoted Tamaddon as saying.

Tens of thousands of Iranians joined state-organized rallies on Saturday to mark the 33rd anniversary of the revolution.The parliamentary election, now less than three weeks away, will test the popularity of Ahmadinejad’s supporters and those who back the supreme leader, Ayatollah Ali Khamenei, in a power struggle between conservative factions.Reformists have said they are boycotting the election as their demands for a “free and just” vote have not been met.A low turnout would hurt the leadership’s efforts to contain the damage to its legitimacy caused by the 2009 election and the forcible suppression of the opposition “Green” movement.