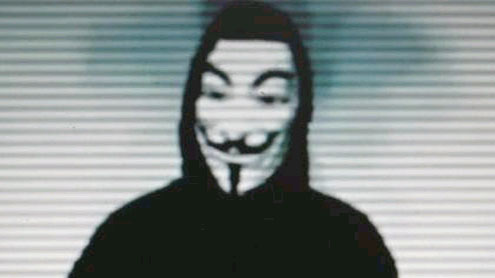 Websites affiliated with the CIA, Mexico’s mining ministry and the state of Alabama were down Friday, allegedly done in by hackers, government officials and a well-known hacking group reported.

A message Friday on a Twitter page and Tumblr feed affiliated with the hacking group known as Anonymous celebrated that the Central Intelligence Agency’s website had been taken down.Numerous outside reports indicated the CIA’s website was down, and CNN’s attempts from late Friday afternoon into the evening to get onto the site failed.Asked about the outage, CIA spokeswoman Jennifer Youngblood said Friday night, “We are aware of the problems accessing our website, and are working to resolve them.”By early Saturday morning, the website was back.

Who is Anonymous? Everyone and no one.Additionally, information was “compromised” in a hacking of Alabama state websites, the Alabama Department of Homeland Security said in a news release.”We are aware of the current situation regarding individual(s) claiming responsibility for hacking into a state of Alabama … public website,” Alabama Department of Homeland Security Director Spencer Collier said in the release.Jack Doane, director of Alabama’s Information Services Division, told CNN later by e-mail that state technology experts “are conducting a forensic analysis to determine what if any information has been compromised.”

It was not immediately clear what websites were hacked or who was responsible. A web page that included Anonymous’ signature tag line stated the hacking was in response to Alabama’s “recent racist legislation in an attempt to punish immigrants as criminals” — referring to legislation, signed last June, aimed at cracking down on illegal immigration in the state.The Anonymous-related Twitter page also provided links to documents, messages and other files that it said it had taken off a website tied to Mexico’s mining ministry.

“Hello Mexican Chamber of Mines,” a related Twitter post read. “Want to see your emails exposed?”That said, another later item on the same feed added, “We’d remind media that if we report a hack or ddos (distributed denial of service) attack, it doesn’t necessarily mean we did it…FYI.”The Mexican mining ministry’s website — which is distinct from the Chamber of Mines, or Caminex, a trade association — appeared to be down early Friday evening. – CNN