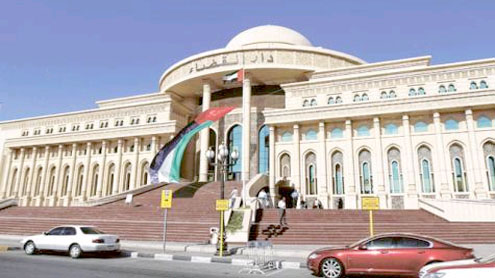 SHARJAH:  The Sharjah court of Appeal sentenced 17 Indians, who had earlier won a reprieve from death sentence in a murder case, to six months in jail for selling alcohol without permission.

The verdict was issued on Wednesday by Judge Mohammed Ginawi. However, the convicts are barred from travelling till verdict on a civil case filed against them comes out. The next hearing in the civil case will be held on February 16.Ahmed Mohammed Salman, advocate of the defendants, said that the criminal case against the Indians came to an end with the verdict as they had already spent their jail term. Advocate Mohammed Salman added that he is planning to file an appeal to the court to send them back to their home country.

S.P. Singh Oberoi, the philanthropist who helped raise Dh3.4 million blood money for the convicts to avoid their death sentence by winning the pardon of the family of the deceased, said: “We tried to pay compensation to  the injured but they refused. The Pakistani brothers, Mushtaq Ahmed and Shahid Iqbal who were injured during the brawl, have filed a Dh1.5 million compensation suit against the 17. According to the law, those who have total disability will be paid maximum compensation of Dh500,000. Since he had only five per cent disability, we offered  Dh25,000 to Mushtaq Ahmed. ,” he added.

Advocate Khalifa Al Gafli, counsellor of Mushtaq Ahmed, confirmed that he will fight to get the rights of his client, who suffered multiple injuries.Mushtaq Ahmed said that he demanded such an amount as compensation because he lost his job and is unable to work because of the injuries.The  Indians  have been in jail for around three years on charges of killing a Pakistani national and assaulting three others during a brawl between two bootlegging gangs in Al Sajja Industrial Area. – Khaleejnews